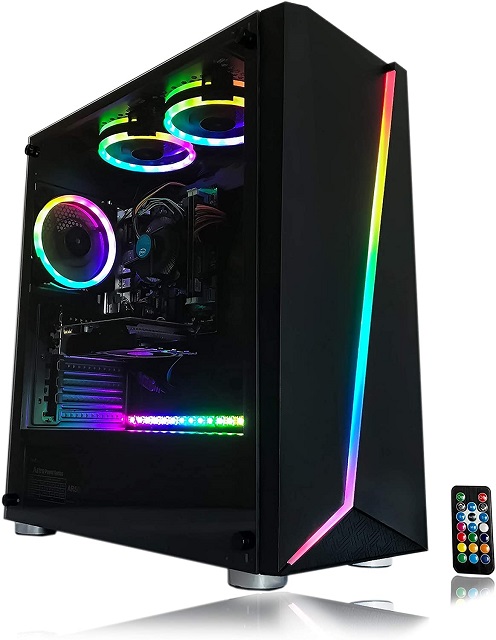 Video games have been a key reason to buy computers since the early nineties. Yet where once games were seen as an accessory for computers, today many people buy a computer with the sole purpose of only using it for gaming. This has led to a whole industry focused on specialized computers designed to run the highest quality games.

A gaming computer is a good investment because it lets you enjoy new and upcoming video games. Developers are continuously pushing the boundaries of their games by providing more content and better environments. But this makes them more graphically demanding. Just last year, Cyberpunk 2077 and Doom Eternal were released — games with the most cutting-edge visuals.

You can always get a pre-built gaming PC. There’s a vast selection of computers for gamers now made by brands like Dell Alienware, MSI, and HP, that cover everything from entry-level devices to high-end dedicated gaming computers. But as a gamer, you need a rig that can meet your requirements, from fast processing speeds to powerful GPUs (more on that later), and many find that building their own PC is the better option. It gives you more opportunities to customize your rig, and it’s also cheaper. So, if you’re looking to build your gaming computer, here are the parts you’ll need:

The Components of a Gaming Computer

This site uses Akismet to reduce spam. Learn how your comment data is processed.