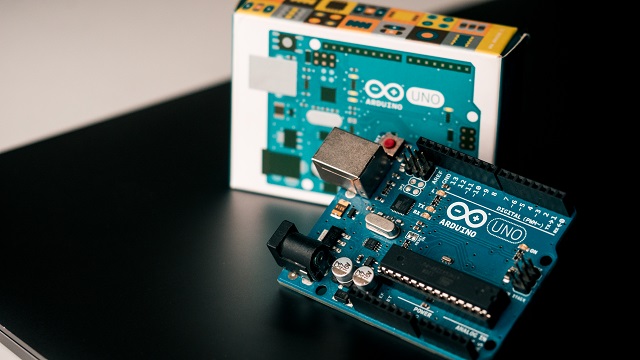 If you’ve ever been curious about electrical engineering, or building your own electrical devices, chances are you’ve come across the term Arduino. Sometimes discussed almost as if it’s some kind of end-all solution to personal computing projects, Arduino can be somewhat difficult to understand unless you specifically explore the topic.

So what exactly is it? There are actually a lot of different definitions you can find around the internet, but Lifewire may do the best job of conveying the full concept. It describes Arduino as a “free and open source” programming platform consisting of both hardware and software. The hardware can be purchased in a number of different format specifications, and then programmed via the software such that it “allows users a simple pathway to creating interactive objects that can take input from switches and sensors.”

To sum all of that up, Arduino is a hardware-and-software system that enables people to create their own functioning electronic devices. The simplest applications of the technology can be done via existing programs and pre-assembled hardware — which, together, can account for a tremendous variety of creations. However, for more complex projects Arduino can also be expanded upon. Altium discusses this as a means of “designing your own Arduino variant.” Essentially, it means combining a popular Arduino board (such as the Uno, Mega, or Zero variety) and Arduino schematics with a larger circuit board. This is a more advanced practice, but it speaks to the idea that Arduino can be used to facilitate both simple and complex projects.

That brings us to the fun part, which is looking into what exactly some of those projects might be. Naturally our list is not exhaustive, because in theory there’s really no limit to what you might create with Arduino. But to give you a better idea, here are some of the things you can do with this unique programming technology.

This is one of the most common projects you’ll see listed among Arduino suggestions, and with good reason. It’s a very simple contraption to build with this equipment, and one you can find existing configurations for — making it a perfect beginner application. Plus, there’s just something cool about having your own alarm clock once you’re done!

This is such a popular application for Arduino that MakeUseOf has expanded on it with a whole selection of different types of lighting projects it can be fun to work on: Wi-Fi-controlled LEDs, lights that respond to musical beats, and so on. This idea is really all about creativity, but it can result in some seriously fun end products.

The aforementioned Lifewire write-up on Arduino actually mentioned coffee makers as possible projects, and it’s an interesting idea to keep in mind. As that piece pointed out, there are actually existing Arduino projects for “controlling coffee appliances,” which means this can actually be a fairly easy idea to take on as a beginner. In the end, you might just have a newly rigged coffee maker that can start brewing your morning cup via a digital command you give without ever touching it.

Next to alarm clocks and lighting projects, remote-controlled cars seem to be some of the most popular Arduino projects out there. Naturally a little bit of extra construction is involved if you want to build the car itself. But when it comes to controls and electrical functions, these are actually very simple devices. Arduino is very much up to the task.

Finally, by combining an Arduino with a Raspberry Pi 4, you can even create your own miniature computer. As you’d undoubtedly guess, this is a much more complex project, and is probably beyond the reach of a true beginner. But it’s a something that can absolutely be done, and which can be fun to work your way up to if you’re interested in Arduino and electrical design. The end result will be a fairly minimalist computer, but it will function and be uniquely your own.

Hopefully this has given you some idea of just how much fun you can have with this impressive, one-of-a-kind tech tool. Once you get started with Arduino, it may well become a useful new hobby of yours.