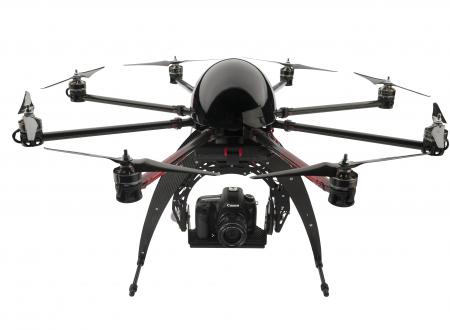 If you’re considering getting started flying drones for recreation, you have your task cut out for you — you have an endless array of choices with wonderful, high-tech models everywhere you look. You have a learning curve ahead of you finding out what kind of choice to make.

Right here, you can start with these quick descriptions of the four major designs in use today.

The most common drone type seen in many applications, multi-rotor drones have three or more rotors. Designs start from cheap toy models that cost as little as $20 to ones that are powerful enough to carry several pounds of payload and cost as much as $5,000.

Multi-rotor drones have a lot going for them, including low cost, ease of control, an ability to hover like a helicopter, and safety. The spinning rotors on these vehicles are tiny and not very powerful. If you accidentally hit someone, the injuries aren’t likely to be serious.

While multi-rotor models are the cheapest drone variety, they do come with downsides. With their many rotors to spin, their batteries don’t usually last very long. A good, mass-market model is likely to fly no longer than 20 minutes, less if there is a heavy camera to carry.

Fixed-wing drones tend to look like one of those cool Northrop Grumman B-2 Spirit stealth bombers. Unlike multi-rotor drones, these needs to glide to stay aloft — they don’t hover. Extended flight time is the greatest advantage that comes with choosing this design. Since these craft are able to glide on their wings, their propellers don’t need work as hard. A battery-powered fixed-wing drone can stay up two hours, and one powered by a gas engine can fly as long as 16 hours.

On the downside, fixed wing drones are like airplanes — they need space to take off and land, and the take skill to fly. You need to pay attention to technical nuances like angle of attack, pitch and yaw. If you bank wrong or angle too hard into the wind, you’ll face a stall situation. If you’re happy to really invest in learning the skill and don’t need to hover, fixed-wing drones are for you.

Single-rotor drones come in a very familiar form — they look and function exactly like helicopters. While there are models that run on battery power, the most popular ones run on gas engines. Single-rotor drones tend to be large at 6 feet from tip to tail, and are powerful enough to carry movie cameras. With only one rotor to fly on, they do offer a lot more flying time than multi-rotor models that tend to waste a lot of energy. These vehicles can be very expensive, however, and take a great deal of skill to fly.

It’s also important to keep in mind that with their large helicopter-like blades, their weight, speed and size, these are not toys. If they are handled incorrectly, terrible accidents are bound to happen.

These are large, helicopter-like craft as well, but with a huge difference — they have wings as well as rotors. These are used by companies like Amazon to deliver some of their merchandise. At this point, these are expensive, and you would need special connections to find one. They aren’t in production yet. But when they come on the market, they could be a lot of fun, because they provide both hover and gliding flight, and come with various autopilot features.

If you’re only starting out, multi-rotor craft are likely to work the best.