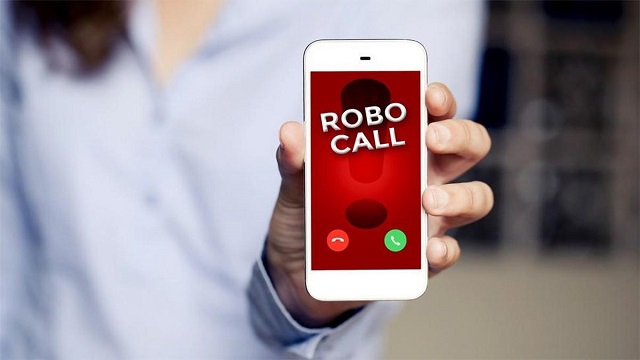 Spam calls/ robocalls and their ilk have one purpose and one purpose only to be annoying and drive us mad. But the problem doesn’t stop there as well. As days pass it seems to be getting worse and worse with more of these calls coming through. It’s understandable if these robocalls/spam calls were kept to a minimum, then bearing up with them would be easier. But as it is we can’t really escape from them. Or can we? In this post we’ll be showing you how to block robocalls on Android.  If not altogether blocking then at least to reduce them to a bearable level.

Let’s First take a Look at the three types of Robocalls:

The first are telemarketing calls. These are calls from real companies hoping to sell you stuff. So they are at least from legit people, even if they are of the robocall variety. You catch my drift right? Carriers and especially internet service providers especially, hope to use these to lure you away from the competition.

Then there are your garden variety robocalls. These are your pre- recorded messages. They can be from political parties, charitable causes and much more.

Lastly there are your spam callers. These are basically calls from sketchy people posing to be one person or from one entity or the other. They say they’re from so and so bank or the FBI or police. Such calls are made with the purpose of trying to get more information than you actually have to give. And the next thing you know your bank account is being drained like water in a sieve.

So all in all, how do you block robocalls on Android?

By the way these calls come on iOS too but we’ll be looking at Android for now.

There are always Apps to block robocalls on Android:

As with anything these days there are always your apps to do different things for you. There are even apps for blocking robocalls on Android. These dedicated apps are actually huge databases of numbers giving you details of the person or in our case spam/robocall calling.

So as soon as you get a number from such an entity, immediately you’ll see that it is a designated robocall. These apps work by the users giving details of such calls. When you receive a call and you see that it is a spam number, you can designate it as such by checking a box or in some other way. This ensures that someone else is protected against taking such calls in the future. In some apps you are also given the option of sending the call directly to voicemail.

To give you some names, there are a number of these apps available on the Play Store. Some of them are for free while others require a nominal subscription. Some of the best ones are- Google Phone, Truecaller, Hiya, Mr.Number and Should I answer?

Apps and Service that Block Robocalls

If you’re in the US then the big four carriers also offer apps and services to combat such robocalls. The features and services offered will differ from carrier to carrier but all in all you avoid those irritating calls.

Most of the services or apps offered by carriers do much the same thing. They notify you if it’s a spam call or robocall or alternatively block it for you. Here are some of the services offered by US carriers- AT&T Call Protect, T-Mobile scam protection solutions, Sprint Premium caller ID, Verizon Call Filter.

Point to note: all though these apps are great on their own, they still won’t be able to fully eliminate those annoying calls. But what it will be able to do is to reduce them greatly.

Block robocalls on Android One by One:

This step is good if you happen to be harassed by just a few calls on a regular basis. So the easy way to deal with such numbers is to block them individually. All you have to do to get this done is to go to your phone app on your Android device and long press a number. Once you do this you will get a list of options to choose from. From there select ‘Block’. After this the number is blocked form your phone and you’ll no longer receive calls from the number again.

The process may differ from device to device, but basically it’s all the same. This method is great if you’re getting calls from just a few numbers. However if you keep getting tons of spam calls/robocalls a day then you might want to get an app or avail of carrier service instead. Blocking each number individually in such a case would be difficult and more irritating than getting those calls.

All Calls Only From Your Contact as a Way to block robocalls on Android:

Another thing that will get the job done is to block all numbers except the ones on your contact list. This method is effective albeit a little extreme. Not only that, but what happens if you get a call from a genuine person who needs to contact you and who’s not on your contact list?

To take such an extreme measure you can download apps such as Calls Blacklist or Call Blocker. These apps are extremely popular with over 10 million downloads. More importantly they are free of charge. If these apps aren’t really for you there are still a host of other options to choose from.

Once you download the app, all you have to do is go to Settings and then Blocking. Once you click on the option you’ll get a choice to Block all numbers except contacts. If you get a call from a number that is not on your contact list then your phone won’t ring but the number will flash in the app itself.

These are some of the ways in which you can block robocalls on Android. These methods not only stop robocalls but any designated spam calls as well.