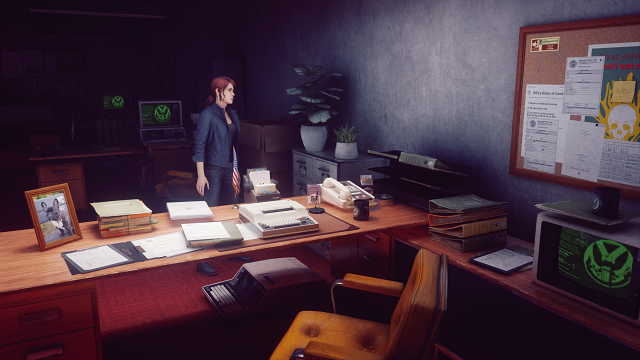 Advantages and disadvantages are two sides of the same coin whenever an innovation finds its way to us through a new generation of consoles. There is no denying the ‘ glam’ look as the hardware seems classic for enthusiastic PC gamers. To retain the balance of the new generation, the existing PC technology would not be enough. So, what is Resolution scaling?

Your computer screen, or even a Television screen, has thousands of pixels, and you would see it as one integrated screen. Resolution is the total amount of pixels available on such screens.

On the other hand, scaling denotes the measurement of pixel size required.

The Resolution can be half or complete, but the pixels have to enlarge or shorten, as the case may be.

To solve this issue, one needs to know the difference between Screen Resolution and resolution scaling as far as Windows is concerned.

The question or problem you have to solve is to what extent you may have to ‘tweak’ your laptop screen (or monitor) for the best adaptability that suits you.

For this purpose, a few questions need to be answered.

The amount of pixels available on your screen is known as the Resolution whereas, the enlargement of such pixels is called Scaling.

Let’s take an example of a situation where the Resolution is tuned to its half. The result is that each pixel would double in size.

If you attempt 200 percent scaling, the pixels will continue to be the same size, but the space occupied is twice in either dimension.

What does Resolution Scaling Do?

Therefore, Resolution attempts to make everything larger similar to scaling,

It becomes the best choice if you can manage an extra 15% of performance. Given that you are gaming or playing at a 4 K resolution and you want the results to be as native as possible, the combination of Scaling with the fixed screen is vital. As a result, the image sharpens, which is evident when you play games like Radeon and GeForce.

So, does Resolution Scaling play a role in gaming?

Scaling does play an essential role in Games. The salient feature in it is that you can set the level of Resolution you desire. It can either be high or low.

By default, it could be 1600 X 900, and then you can upscale or downscale it to suit the original Resolution of the monitor. To explain it, in other words, you can down or up the Resolution up to the point of 1080P, in case your monitor is such.

Generally, the gamer would reach out to set a resolution scale of up to 83%, which is sufficient enough as it strikes as the closest balance between performance and image quality.

Convert these into numbers by assuming you have a 4 K resolution monitor in terms of resolutions of 3200×1800.

The same cannot be applied if the monitor is at 1080 p only. Such adjustments may lead to problems. The density is very low, and any attempt to downscale it would spoil the gaming.

It is for this purpose that games have inbuilt options to set up your scaling. The objective is to allow for full compatibility by making you set up custom resolutions.

So, how do we ascertain this practically?

Let us take two games which are

Both have superb specifications. They are capable of GPU limited at a resolution of 4 K. besides, both can boost performance boost due to their scaling.

On the other hand, such scaling can be achieved by NVidia’s DLSS.

Here, the game is rendered at a low internal resolution. The upscaling and the image enhancement are done by the use of TAA- Temporal anti-aliasing.

Certain games like Halo games and s number of other competitions need the frame rate to be consistent. The consistent frame rate can be achieved by sacrificing some part of the Resolution where it is challenging to sustain. Still, it does remain constant in other areas where it can easily maintain them.

The technique to deliver this consistency in frame rate is known as ‘ Dynamic Resolution Scaling. ‘

Dynamic Resolution is an excellent boon for PCs which are less potent as it does lend more than a hand in keeping the ‘ Frame per second ‘ stable.

Most likely choose the 4K HDR over the HDR as they feel the commercial display would be better. Wrong!

The case for HDR is more robust, as enumerated below:

There is an online resolution calculator available in case you wish to alter the existing Resolution. In other words, you need to equate the square pixels with the image ratio.

So how do we calculate such a resolution? The answer is simple! Apply the formula which is used to calculate the area of a rectangle. The procedure is simply multiplying the height by the length.

It can be explained with an example:

The availability of a calculator to calculate pixel size is there. You are required to fill in the ‘resolution ‘ and the other field ‘ Diagonal size.’ Just press ‘ calculate. ‘

Generally, the Frame rate shows fluctuations between limited ranges. This could lie between 56 and 64. The result is that it leads to low frame rates.

If you need a better option than rules out using custom resolution, even if 60 Fps is the maximum you can hit, use Custom Refresh Rates.

The objective is to allow you to set the custom Refresh rate. The CRU permits this as it has a Resolution menu.

To set the custom new rate goes by the exact instructions with one change. Make entry of a new custom rate instead of entering a custom resolution.

We are already convinced with 50Hz and 55Hz as the latter is hardly different from 60 Hz. The fact is that the target performance has been lowered by 10 %.

But then, this experience is better than a console with 30Hz.

It should not be misinterpreted that changing the Resolution is not changing it. It is all to do with the adaptability between the active signal and the desktop resolution.

All this depends on your GPU and hardware. The larger question does remain whether the resolution scaling can be done in the GPU.