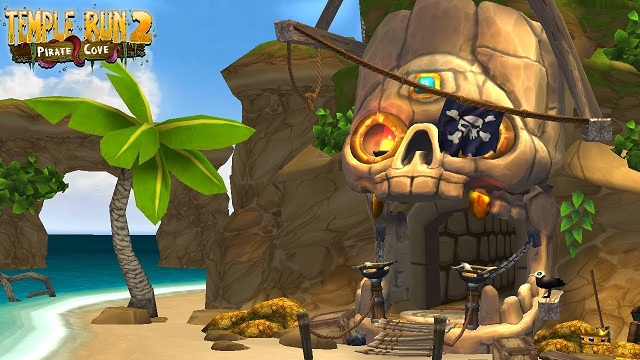 People always strive to beat their best by playing these games. As these games are attractive and have simple controls people easily get addicted to these kinds of games. If you’re a game lover who strives to experience the best free endless runner games for Android means check out this post.

Whenever we’re talking about the endless running games we shouldn’t miss out temple run. This is one of the people’s favorite games when it comes to the endless running games. Thanks to its features such as score multiplier, upgraded shop and more have given the proper depth to its game. Temple Run 2 is simply the best and brilliant game which everyone should try out.

The game is all about stealing an ancient artifact and running away from the evil demon monkeys who are running after you. It’s similar to its old version but it has improved User Experience, graphics and so on. Its unique gameplay and the new power-ups will make users fall in love with this game. The advanced running path such as running in the clouds and other aspects will give you special feel.

The more appealing features of this game is that you can collect coins, gems, power-ups throughout your journey. The longer you run the faster your game will move and the thrill you can get from the game is inexpressible for lots of game lovers.

If you’re a fan of temple run then you’ll obviously know about the subway surfers. I’m saying this because this is another popular endless runner games. This was co-developed by SYBO Games in 2012 and since then it has been the best and top trending games on Google play store.

This game starts with a young player, caught spraying paint on the train and the police officer and his dog will try to catch you on the railway tracks where trains will move. Subway Surfers is a never-ending train game where you will run on top of the trains and go across the platforms. Apart from these, you can also get through the air with a jetpack or with other flying boots power up.

In this game, all you have to do is swipe your fingers right or left and up or down to move the young lad. Whenever you dodge above the items you will get goosebumps. That’s the specialty of this game, so if you haven’t tried this game yet? then try out this best free endless runner game for Android.

Do you want to explore the majestic desert and play an adventurous game? then start with Alto’s Odyssey. This game sits at the top and has some great features. Alto’s Odyssey is a 2D side-scrolling game which has endless running feature.

In this Alto’s game, you’ll explore ski down mountains, jump great heights, collect items, and you’ll avoid obstacles and so on. Although the older game has the same things but in its newer version of Alto’s Odyssey you can find out everything. It’s newer game features dynamic looks, zen mode, unlockable adventurous characters, an more.

This game has some of the premium features but it’s free to play. If you’re good at playing games then you need to buy any of the premium aspects. This is one of the best free endless runner games you will find on Android.

The game starts with Alto and his friends who are set off on endless sandboarding to discover secrets.  Alto’s Odyssey will give you a standalone experience and its easy to learn and difficult to master the game.  Along with that, you can explore dunes, canyons, and other dynamic and rich landscapes.

Crossy Road is another popular game in the endless runner games. It was developed and published by Whale Hipster. This special game is less of endless runner and the more of the infinite hopper. This is still a modern game which has lots of features. In this game, you have to move forward by crossing streets without being hit by cars or without falling into the water.

Crossy roads have unlockable characters, and people can play it both online and offline as well. Simple and smooth gameplay features will help you to enjoy the game. its a family-friendly game so you can play freely.

All you have to do is avoid being hit by cars, trains, trucks, rivers, trees and more obstacles and move forward in your journey. While you are moving forward you can find out new animal characters such as Goat, pigeon, sheep, frog, and more. Along with these, you can also find some monsters on this game.

Want to play a survival game with zombies? then you can play into the dead 2 games. This is one of the popular endless runner games but its new to the industry, unlike other apps. Into the dead 2 has survival elements and in this game you can run through the zombie land and run harder to stay alive in the game.

This game has good graphics and has a variety of weapons and upgrades to experience more thrill while playing the game. The newer version is better than its first version and it is one of the best free endless runner apps for Android.

In this game, you will start your journey through the zombie land in a race to save your family. You will have to catch the powerful weapons to save yourself and do whatever you have to do for survival. In a world where no one is safe to lead a life or survival, you have to live how far you can. that’s all about this endless runner game.

Do you want to play an action-packed endless running game? Then you have to play these blades of brim game.

This game was created by SYBO the co-creators of the popular endless running game “Subway Surfers”. Blades of Brim is an infinite runner game where you will revolve around the knight who is carrying the sword, to fight off all the monsters, and collect the coins while running away from the environment.

This game is having endless run through the kingdom. The game revolves around the knight who carries a large sword to kill all the monsters and break vases to move forward. This is an endless running game where you will have a lot of thrill while playing this game.

In this game, you have to swipe up and sides to attack the monsters on your left or right side. The best part of this game is that you won’t die soon when you do one mistake you will have three chances. You can use this best free endless runner games on your Android device to have fun.

Do you want to experience bullet powered jetpacks to shoot the giant mechanical dragons? then suit up as the jetpack rider and go on a ride with this app.

Jetpack Joyride is an ultimate endless runner game for Android. This game has all the aspects which you love such as bullet-powered jetpacks, birds that shoot money, Giant dragons, and more.

This game was developed by the fruit ninja game developer. It is generally a 2D scrolling infinite runner game where you have to play like a guy with the jetpack.

The main objective of the game is to avoid obstacles. In your journey, you can collect all the coins, power-ups, upgrades and more to help you out. As it has lots of cool features people will love playing this best endless runner games. This special game is free to start and it has over 500 million players playing this game.

Mars is one of the best free endless runner games. In this game your primary goal is to run along a track apart from that you have to jump from platform to platform as well.

Whenever you miss any platform it causes a rapid deconstruction and you will blow up. So, you have to be careful and run through the platform as long as you can. In this game, you can quickly take selfies with your characters and you can share them. You can fly around the mars in jetpacks in this game.

This is a cool endless running game you have lots of fun by playing with jetpacks, taking selfies and more. So, you can use this best free endless runner games on your Android

These games have similar mechanics and gameplay. In this game, you can switch out the characters on the fly. the main goal of this game is to get the highest possible score. In this game, you can find out features like boss fights, ring collection and more. All the other aspects will make this Gameplay even more interesting. So, if you are striving to have fun then you shouldn’t miss out on this game.

These both games have simple gameplay options, colorful graphics, with some key game features. Along with these, you can also find out the styles of shooty skies and Pac Man 256 in this special game.

Although its basic game but it’s loved by lots of people because of its forever run feature. In this game you can see ten gallons of a hat, you can swing from back stampeding buffalo, ostrich, elephant and more. This is one of the wildest rides you shouldn’t miss out. that’s why I have included on this list of best free endless runner games.