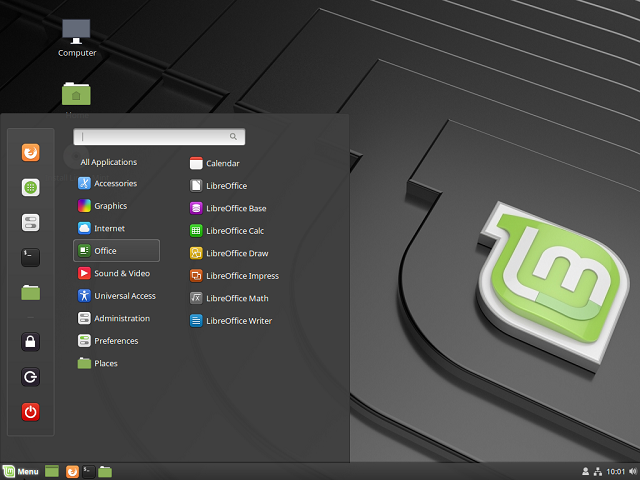 What is the significant difference between Linux and Linux Mint?

There are many advantages to both Ubuntu and Linux Mint, and either can be the best choice.

Differences between the two come mostly down to how their user interfaces and support are implemented.

When recommending between the default flavors (Ubuntu Unity and Mint Cinnamon), it’s not easy.

One difference between Linux Mint Debian Edition and Ubuntu is that it is built from Debian source code instead of using Ubuntu’s repository. It uses the Debian repository along with a special Mint repository compatible with Debian. Based on Debian 9 Stretch, LMDE 3 is the latest version.

The LMDE version of Debian Cinnamon is based on the Mint repository. Everything graphical here is identical to LMCE. There is a user interface based on Cinnamon and a file manager based on Nemo. There is just one significant difference; Linux Mint Debian Edition is built from the Debian source code and does not use Ubuntu’s repository. A special repository maintained by Mint developer supplements Debian’s repository. The latest version is based on Debian 9 Stretch. This edition only exists for long-term planning if one day Ubuntu will cease to exist.

Here is the link: http://www.linuxmint.com/download_lmde.php

Cinnamon is the default desktop environment

The base distribution is Debian

The repository contains both Mint and Debian

Nemo is a file manager

There are numerous applications like LibreOffice, Firefox, Thunderbird, etc.

It is the flagship edition. Mint developers themselves develop the desktop environment for the LMCE edition. LMCE is an excellent place to start with Mint if you are a newbie. This desktop environment offers a Windows-like experience with our user-friendly desktop layout, context menus, file manager, system tray, theme and color options, and more.

The latest version of Tessa is 19.1

Cinnamon is the default desktop environment.

It’s based on Ubuntu Linux

Yes, PPA is compatible with it

Nemo is a file manager

Among these applications are LibreOffice, Firefox, Thunderbird, and many others.

Flatpak is an alternative package manager

The backup feature is available with TimeShift

MATE is the desktop environment component of LMME, the second flagship of Mint. The difference between Cinnamon and MATE, then, will help newcomers to gain a better understanding. While LMCE uses GNOME Shell with a Windows-like layout, LMME uses the old era of Ubuntu but with a Windows-like interface.

The latest version of Tessa is 19.1

Use MATE for your desktop environment (https://mate-desktop.org)

Ubuntu is the default distribution

Yes, PPA is compatible with it

Using Caja as a file manager

Use applications such as LibreOffice, Firefox, Thunderbird, etc.

Flatpak is another package manager

Availability of a backup: yes, with Timeshift

You might consider Linux Mint with Xfce if MATE and Cinnamon don’t suit you or you can’t install either on your PC or laptop. The Xfce desktop is available as either a full-on OS download or a separate installation. Xfce includes X-Apps, a few replacement programs to replace several GNOME-based apps that have become stale. While most of the visual changes are subtle, the hardware remains essentially unchanged.

It has been noted several times before that KDE Plasma is a nice new touch to Linux. You can also enjoy Plasma if you download and install Linux Mint 18 KDE. A popular Linux distro combined with a Plasma desktop makes for a winning combination. As a Linux desktop experience, Linux Mint 18 KDE is simply unbeatable in comparison to Cinnamon, Xfce, and MATE.

Long-term support for Linux Mint 19 will last until 2023. Besides the new software, it has been refined and comes with several new features to make your desktop experience more enjoyable. Timeshift takes center stage in Linux Mint 19. The Linux Mint 18.3 update strategy and communication feature was introduced in Linux Mint 18.3, and it has been ported to all Linux Mint releases. Your computer can be restored to the last functioning snapshot by using Timeshift. Everything will be as if nothing ever happened if you go back to the snapshot. In this way, you can prevent potential regressions from occurring during your computer’s maintenance. Whenever a critical regression occurs, you can take a snapshot of the system (thereby canceling the regression) and apply updates selectively (as you did in previous releases).

Updating selectively and with vigilance is no longer encouraged in the Update Manager. To make sure your system stays stable, Timeshift provides you with the suggestion to apply all available updates. If it cannot locate your Timeshift configuration, it displays the following warning: Updates are sorted by type, security, and kernel packages being at the top. New types of updates have been introduced for updates originating from PPAs and/or 3rd party repositories.

An explanation of the updates’ origin is displayed when the cursor hovers over them. In the past, automatic updates were only available to advanced users. It was assumed that if someone had experience setting up cron jobs, they also knew how to parse APT logs and do work around regressions. Automatic updates can now be enabled in the preferences, thanks to Timeshift, which lets anyone work around regressions by restoring snapshots.

A mini update-CLI command replaces the mint update tool. With this new command, you won’t have to use conf, you’ll have better options, and you’ll be able to use it in scripts as well as in the terminal. Updates to kernels are performed through a meta-package rather than manually installing kernel packages.

Software Manager has received many improvements in Linux Mint 18.3 since it was revamped and gained Flatpak support. User interface refinements were made, such as the layout and transition animations. The keyboard navigation has been reviewed and improved. We have improved the search to make it faster, asynchronous, and categorized. APT and Flatpak have internal caches in Linux Mint. Applications like the Software Manager can handle APT and Flatpak in the same way using this cache without having to be concerned about the differences. In the future, this cache could be accessed by other applications such as the menu or the Update Manager. There were many efforts made to increase cache performance. Therefore, the Software Manager will launch even quicker than before.

Pros And Cons Of LMDE

The Linux distribution LMDE is both faster and lighter than the main distribution. However, it is best suited for little experience users. You start with Linux Mint and then try the Linux Mint Debian Edition for a month or two. As much as you may be inclined to run it in your main system, it is better to wait until the next release based on the upcoming new Debian edition is released first.