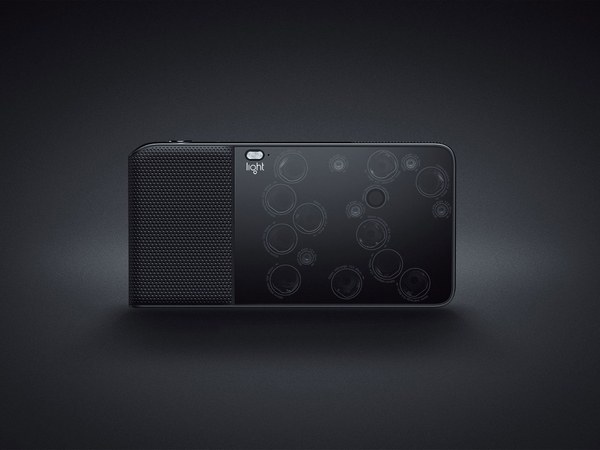 Photography has always found place in both passion and profession. People use different gadgets in order to get the right frame, color and quality of the photograph they want to click. Now, we all are aware that DSLRs are good when we talk about cameras, but what if you get a new gadget which is far better than that and is smaller in size as a result of which is more portable. Light’s 16 lens camera is exactly what I am talking about.

What is so special about this 16 Lens Camera?

Light’s L16,a 16 Lens Camera is a complex device which has 16 lenses in one camera. The interesting part is that the body of the 16 Lens Camera, which is like a usual commercial digital camera. The final design has been made and it is entering the market soon, so we give you an idea of this tremendously useful 16 Lens Camera and its features.

Final design of the Camera.

The camera has 16 lenses on the front, which are clearly visible. The 16 Lens Camera has a power of 52MP and comes with a power and shutter button on the top. There is a covering for every lens. Behind each covering, you have a camera module of 13MP. These lenses have three groups according to three different focal lengths. First group has five lenses of 35mm, the second group has five lenses of 70mm and the final group has six lenses of 150mm. this means it has a zoom quality of 35mm to 150mm.

One interesting feature of the camera is because it is small in size, it has a different mechanism to fit in the two larger focal length lenses. They use a mechanism called the folded optics where the optics receives the light directed by an outward facing mirror. The optics lie perpendicular to the camera’s direction. You can change the settings of the camera from the five-inch long touchscreen panel on the back of the gadget.

Advantages of using this camera:

Following can be the advantages of using this camera.

The photographs of the gadget have been released, though there are no photographs of the back so some of the features are not visible till now. The camera will enter market on 14th of July. Preorders have already been placed. More orders will be taken after the first batch of the camera is shipped. Hence, we can say that this innovation has marked the beginning of a new technological era in the history of gadgets and their use.