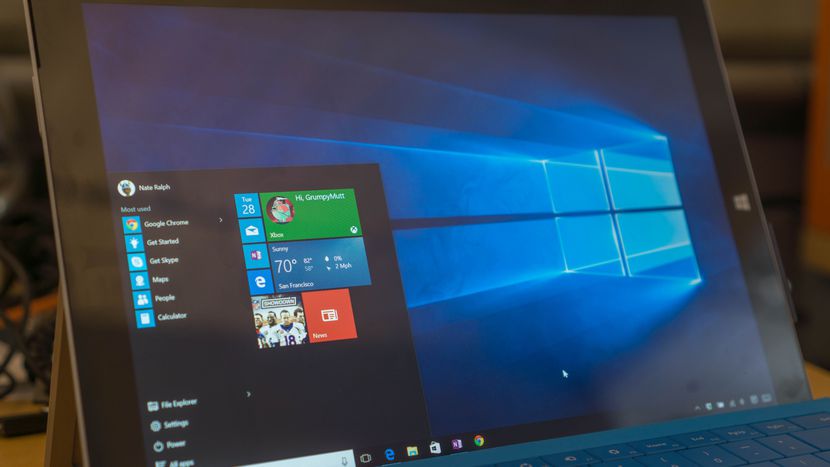 Windows isn’t a new operating system but Windows 10 is certainly the one which will feel every bit new. Microsoft skipped the 9 and went 10 but it delivered an operating system which is designed for the future. It made its debut way back in 2015 when it was offered as a free upgrade for a year. When we say it’s new then it means ‘new’ as it is nothing like its predecessor. It is designed to work like charm across the devices whether it is a smartphone, tablet, laptop or the traditional PC and this is the future Microsoft has envisioned for its operating system.

Stand Out Features In The New Windows 10 OS

It comes loaded with a slew of new features ranging from the lean and fast replacement of Internet Explorer in form of Edge, the digital assistant called Cortana and the ability to stream real time games.  It is worth mentioning that Microsoft has skipped the Windows 9 and stated that the Windows 10 will operate as a continuum series wherein frequent updates will be brought to the OS to enhance its features and potential over the time.

Start Menu is back after a hiatus which is a welcome move on Microsoft part. Microsoft brings a metro style Start Screen with Lives Tiles filled Start Menu. Users can start typing as soon they open the Start Menu to search for any app.

Cortana makes the OS smarter than ever before. It is designed to do more than just accept the voice commands. Users can set reminders, add calendar events and make a number of other tasks with ease.

Microsoft Edge is the new age light weight and fast web browser for the Windows. It comes with a number of interactive features which includes an annotation tool, text only reader mode and the Cortana integration allowing users to search online easily. So far extensions are not available for the Edge but it will be debuting soon enough.

Bridging The Gap Between Large And Small Scale Devices

Microsoft has taken the unwanted burden of making the world understand the next age of computing will be the eventual synchronization of the PC and touchscreen devices. Windows 8 was launched 2012 which showcased how this operating system will behave in future and Windows 10 helped in bringing one operating system which intelligently bridges the gap between large and small scale devices. Windows 10 also works at its full glory on the 2-in-1 devices where it makes the transition from the tablet to PC mode which has never seen before.

If you are wondering what the future of computing in the operating system will feel like then Windows 10 is the apt answer for that. It is designed to work like a charm across the different size of devices from the smartphones, tablets, laptops to personal computers. Microsoft has promised to release timely updates to fix bugs and bring new features to this variant of Windows.