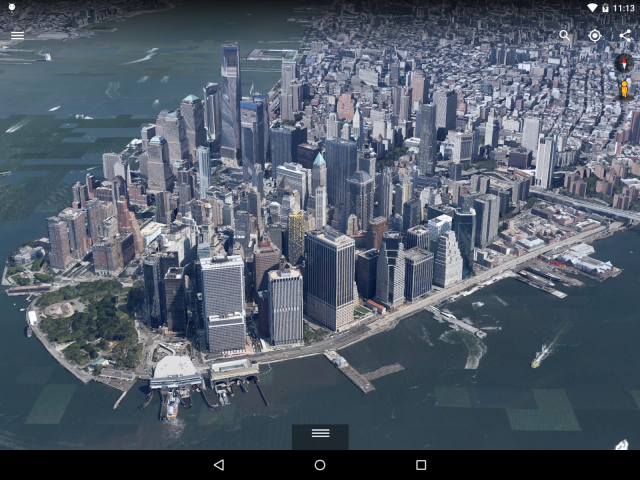 The last major update brought by Google to the Google Earth was way back in 2008 when it unveiled the Street View. Street View offered the panoramic view from eye level of the streets all across the world right in the Google Maps.

This time around Google has unveiled the Voyage feature which is designed to take users right to the place in question instantly.

Google brings a wide number of new tools for the users to navigate through the virtual globe. One of such tool is called Voyage which a menu filled with thematic tours, while another tool is called ‘Knowledge cards’ which reveals information about the sites and scene from all round the world. Secondly Google has vastly improved the imagery of the Google Earth whereby the experience of looking over the Andes and islands around the world becomes more realistic and stunning experience than ever before.

In other words the new revamped Earth brings a great way of understanding, knowing the exploring the different parts of the planet in an exciting way. One can check out brilliance of the Indonesian waters, explore the European cities at its full glory during the night and simply jump upon the poles to get the feel of the frigid world.

Google Earth comes loaded with simple and easy to use tools which help in navigating and through a number of routes splendidly. Some of the exciting tours to check out include Ultradistancia, Wonder of the Ancient and Modern World and Amazing Urban Gardens.

Amazing Urban Gardens allows users to explore the forests and gardens from the across the planet. This includes short tips to sprawling manicured grounds of Curitiba, Brazil, a vertical forest in Italy and the modern greenhouses present in Singapore called Garden by the Bay. This also takes users to the mesmerising Shinjuku Gyoen National Garden which is spread across 143 acre in Japan.

Wonder of the Ancient and Modern World allows users to wander upon the historic places, monuments, kingdoms to modern marvels spread all across the globe. It stretches the journey from one pole to another and gives a highly immersive tour of the world around us.

Utlradistancia is worth mentioning because it happens to be a unique art project under the leadership of the famed Argentinian photographer named Federico Winer.

He had spent millions of hours using the Google Earth to come up with uncanny patterns and later on, he enhances the images to turn them into high resolution prints. So this results in offering a bird eye view of the world for users but in this voyage users will only get to the airports on global scale.