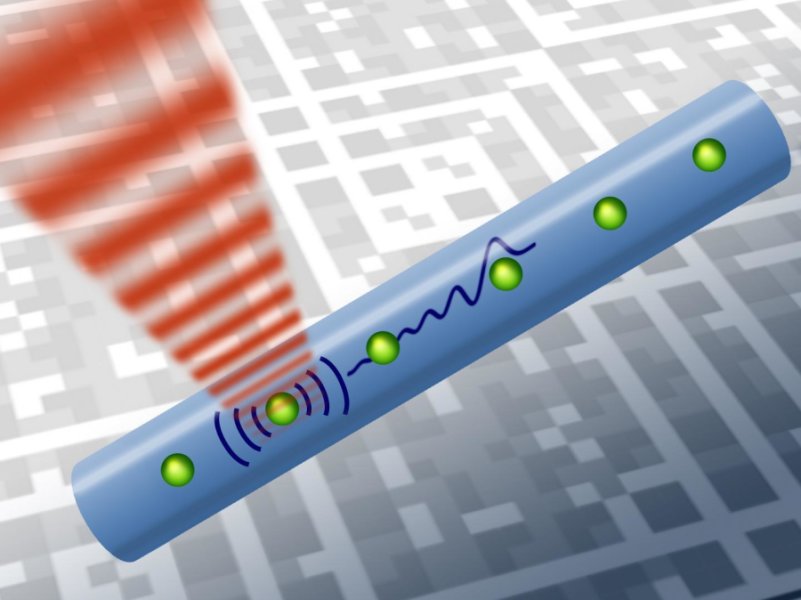 The realm of the quantum computing and physics is always on the verge of new breakthroughs which aims towards taking the science to a whole new direction. Any kind of achievement made in the field of the quantum physics will only help in bringing better products through smarter and intuitive approaches in the manufacturing to the use if the technology for the end users. The transfer of quantum information isn’t an easier task but the world is just on the verge of another breakthrough wherein its transfer is possible over the sound waves for the first time.

The Team behind This Quantum Information Breakthrough

The team which made the quantum information transfer possible over the sound waves comes from the TU Wein and Harvard University. They specifically made use of the tiny mechanical vibration to make this happen. In this method the quantum atoms are coupled together using the phonons which is the smallest quantum mechanical unit of the vibrations or the sound waves.

Researchers are actively testing the tiny diamonds which possess silicon atoms. These tiny diamonds are the best bet for the quantum system because of their make. It should be noted that all the diamonds are made up of the carbon but having the silicon atoms along with its helps in creating such scenario where it possible to sore the Quantum Information on the atoms. The crystal lattice formed by these comes with small spaces which can store the quantum information and it is visible only under the microscope. Researchers are able to switch on and off the state of higher energy and lower energy without miss.

Scalable Quantum Information network will become a reality in near future

The advancements made by the team in transferring the Quantum Information are quite limited and it has to overcome a number of challenges. It should be noted that phonons are nothing more than enemies of the Quantum Information which tends to get absorbed else or lose their quantum mechanical properties upon getting in touch with the environment. However in controlled situation and using the microwaves researchers have been able to gain a respectable control over its technical applications.

The rejoicing part of this discovery is that the scalability offered by this technology is immense. For long scientist has been unable to bring a number of quantum system realities because of the limited technological progression. The major hurdle is to get them together connect with each other to enable the complicated computing operations. But scientists are hopeful of finding new ways to initiate a seamless transfer of the Quantum Information to perform the highly complicated computing operations with ease. The strategy of employing phonons will help in bringing scalable quantum technology into reality.