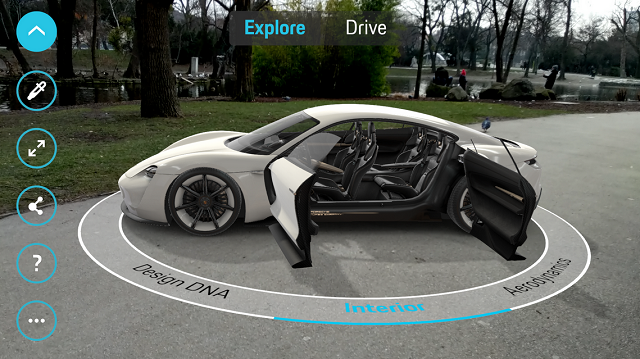 Google’s ARCore to begin its 1.0 journey

Google’s ARCore has just entered its 1.0 phase. The augmented reality platform has moved on from the experimental stage and onto actual usage in over 100 million android devices worldwide. Currently pixel phone users could place “Stranger Things” and “Stars Wars” objects into the real world. With ARCore 1.0, users of augmented reality can now develop their own creations and place them in the augmented reality context.

Phones that did not fall under the preview stage of ARCore 1.0 can now have a first time look at augmented reality through the ARCore concept.

Google launched ARCore 1.0as a preview in August 2017 in only on a limited number of phones.

Google has brought ARCore 1.0 to pixel, pixel 2 and their XL counterparts, Galaxy S7, S8, S7 edge, S8+, Note 8, One Plus 5, ASUS Zenfone AR and LGE’s V30 and V30 +. This may be only a small portion of the total phones that are out there but Google had hit the target market with this lot achieving a total of 100 million phones at launch.

But all is not lost, Google is closely partnering up with LGE, Samsung, Huawei, ASUS, Motorola, Xiaomi, Vivo and Sony Mobile to bring the AR world to the world. We can hope to see ARCore on soon to be launched phones by these brands. With the-soon-to-be-launched Samsung Galaxy S9, you can hope to see ARCore 1.0 as one of the apps marketed on the phone.

Will ARCore 1.0 be better than what is already out there?

Google’s ARCore is much like Apple’s ARKit, but the one essential difference is that with Google’s ARCore you can place any creation or creations on a number of surfaces, be it horizontal or vertical. Google’s ARCore 1.0 has a better understanding of the environment and the surfaces on which objects can be placed.

You will be able to place virtual objects on any sort of plane be it a floor, wall, table or cabinet. Moving forward and being a bit more creative you could also place objects onto the palm of your hand or on your pillow.

With ARCore 1.0 you can now put virtual objects on a lot more surfaces even textured surfaces.

Other Google products to hit the floor soon: