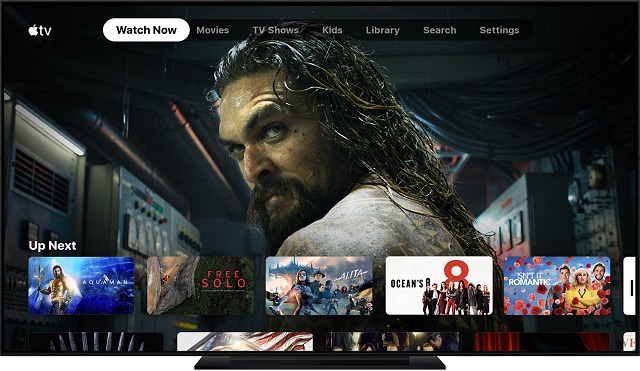 Apple TV has become a one stop hub of sorts. You can binge watch your favorite TV show, watch a movie or even the news. If that’s not really your thing YouTube is an option too. But Apple TV isn’t just about their video content. It goes beyond what we think we knew. You can check the weather forecast, look up apartments for rent, all from the comfort of your Apple TV. To do all this there are various apps to cater to your every need. In this post we’ll be looking at some of the best Apple TV streaming apps in store. So sit back and relax while we take you through what each app has to offer.

Apple TV app- Let’s start with the Basics First Shall we?

Apple TV appears first on this list as it comes built in to your Apple TV. Besides that it’s really good too. This has become even more so with the tvOS 12.3 update. With more channels and the ability to subscribe to each of them without taking the entire pack, has overall added to the Apple TV experience. But there’s more too. Navigation has become a lot easier meaning an easier shift between this channel to the next.

There’s even an ‘Up Next’ row that shows you what you’ve been watching and what’s next on the list. This automatically gets synced between your iPhone, iPad and of course Apple TV. You also get recommendations and a quick access to your library of movies and shows.

Features to check out in a Apple TV streaming apps:

Hulu on this list of best Apple TV streaming apps:

If you had to get just one Apple TV streaming apps I would hope it is Hulu. Hulu has more TV shows and in general content than most other TV apps out there. If you’re one to say good bye to cable TV, then Hulu becomes an excellent choice. You can get Live TV directly from the app itself.

What’s more is that new content is added constantly making it even more appealing to use. If you’re worried about rates, then don’t be. The prices are comparable to that of Netflix.

The Hulu subscription starts at $7.99/month and if you want Live TV to go with it you will have to pay $39.99 per month. There’s always the option of removing advertisements too. Of course this is when you pay extra.

This is the most popular app on this list of best Apple TV streaming apps. Netflix has become the Father of all original content. Right from movies to TV shows to documentaries, you get it only on Netflix. Many movies too are skipping the cinema screen release and jumping right on to Netflix. Besides this the app also adds in other TV shows and content from other platforms.

Netflix even allows you to make multiple accounts. This is great when it comes to keeping only your shows on the recommendations list.

Features to check out for:

Amazon prime Video as one of the best Apple TV streaming apps to check out:

This list wouldn’t be complete without Amazon Prime Video on it. But truth be told all the content from this app is present on the Apple TV as it is. Right from all the movies to 4K HDR content. Hey don’t get me wrong, the app is good but could be better. But as it is having Amazon’s content directly onto the Apple TV isn’t bad either.

We all know what YouTube is and what it has by now. You can get videos on pretty much anything on YouTube. You can get anything form workout videos to vlogs to cooking channels as well. Since its launch on the Apple TV it has undergone a makeover. Now it looks and feels more like an app. You can easily search for something new or even go back to your history.

Spectrum on this list of best Apple TV streaming apps:

This Apple TV streaming apps pairs in with your Apple TV’s Zero Sign- in feature. With this feature in tow your Apple TV basically acts as a normal cable TV. You can get anything Live as well as on demand with the Spectrum subscription. Plus the added bonus to this is you don’t have to bring in the actual cable box either.

This is how an app should be. This Apple TV streaming apps is for free and curates all the movies you have bought under one roof. The app syncs to your iTunes, Google Play, Microsoft, Amazon prime, Vudu, Comcast Xfinity and Fandango Now. It brings in all the movies you’ve got form these apps onto just one platform. You’ll not only get the movies showing in your respective app but also in the movies anywhere app as well.

The app also supports 4K HDR and Dolby giving you that real movie like experience.

These are some of the best of the best Apple TV streaming apps that there is. There are apps to suit your every need right from watching TV Live to just normal on demand stuff.