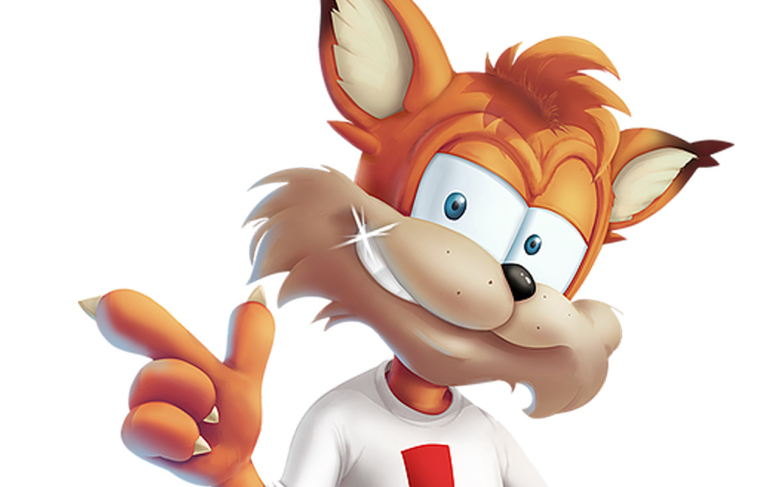 Bubsy returns, the mascot of Accolade, in a new adventure

The nineties. The decade where being cool was about wearing sunglasses and being a surfer. Although Bubsy was not exactly like that, he tried and wants to redeem himself…

The Woolies Strikes Back, Bubsy, one of the Sonic barbarion that emerged from his proposal in the 90s, returns to the front page of video games with this title developed by the creators of Gianna Sisters. The team of Black Forest Games wants to respect the spirit of crazy platforms in 2D and in which to face the dangerous woolly with this title destined to delight (or not) the most veteran fans of the genre.

Accolade and Black Forest Games announce the availability of Bubsy: The Woolies Strike Back, a new iteration of the series that marks its return after twenty years of absence in the world of gaming.

For those who do not remember, Accolade is a publisher that operated between 1985 and 2000, and now makes its return to the launch of Bubsy: The Woolies Strike Back, for PC via Steam and GOG, and Playstation 4. PC users will receive a discount of 34% and the original soundtrack (which has a cost of $ 5) for a limited time until November 7th.

Bubsy: The Woolies Strike Back has been developed by Black Forest Games, creators of Giana Sisters: Twisted Dreams and Rogue Stormers. This new Bubsy is the first in the series since the release of Bubsy 3D in 1996.

It’s been a couple of months since Bubsy, one of the best known mascots that emerged during the 90’s fever (and not for the best reasons precisely), announced his return during the month of June, to the surprise of his own and strangers, in the days leading up to E3 2017. Now we get new news, and that Accolade, the mythical developer that has resurfaced with its original creation, has announced that the version for Playstation 4 will have a very limited physical edition.

This edition, entitled Purrfect Edition, arrives to delight the most avid collectors who want to celebrate as it deserves this unexpected and historic return. This will be available in major American stores for a price of $ 39.99. At the moment it is not known if Europe will have this edition, something that seems unlikely. Therefore, we recommend that interested parties start looking for import options.

For some time now, developers have been returning 90s video games of dubious honor to life. From the indecent ‘Shaq Fu’ to the excellent ‘Killer Instinct’, everyone is coming back to life. And of course, being the nineties the decade of the plataformeras mascots, some of these games would end up reviving some of these animal pets with Cool attitude (for the nineties, of course).

In the 90’s we saw all kinds of pets born: A knightly opossum armed with a sword and a jetpack in the excellent and forgotten ‘Rocket Knight’, an acrobat bat from a circus in ‘Aero the Acro-Bat’, the three-dimensional chameleon of the unjustly forgotten ‘Chameleon Twist’, the ninth alligator from a rejected project of Nintendo ‘Croc’, the excellent and fun gecko of ‘Gex: Enter the Gecko’, the absurd and hilarious secret agent fish ‘James Pond’, the absurd and incredibly great worm ‘Earthworm Jim’, … The list stretches to incredible limits.

The return of Bubsy to 2D platforms

Well, of all the possibilities that exist in this universe, today we live the return of one of those nineties mascots that nobody expected to return. One of those pets that today we could try Edgy (more than Sonic) and trying to emulate the success of just ‘Sonic the Edgehog’ and even had his own series of drawings and three titles under his name. It is ‘Bubsy’, the feline that … existed.

‘Bubsy: The Whoolies Strikes back’ is the new title and follows the trail of the first two titles in the series (and luckily ignores the existence of the nonsense of ‘Bubsy 3D’) on a 2D platform that seems to leave One side the speed of his ancestors that so badly left him. Enemies that killed you in one fell swoop, huge levels that left you on more than one occasion with places you did not know where to go … ‘Bubsy’ was a game, that although it was not the worst in the world, it made you despair more than one. At least, on an artistic level, he was well taken care of.

‘Bubsy: The Whoolies Strikes Back’ is dated this fall and will go on sale on Steam and Playstation 4. And it even means the return of its original developers, Accolade. But the question we all ask ourselves is: Why? Why are you still not wearing pants after these years? Well, maybe we are exaggerating. For this, we leave a trailer for the new title of the less loved lynx in history.

This edition will include:

The game ‘Bubsy: The Woolies Strike Back’.

The band sounds the title.