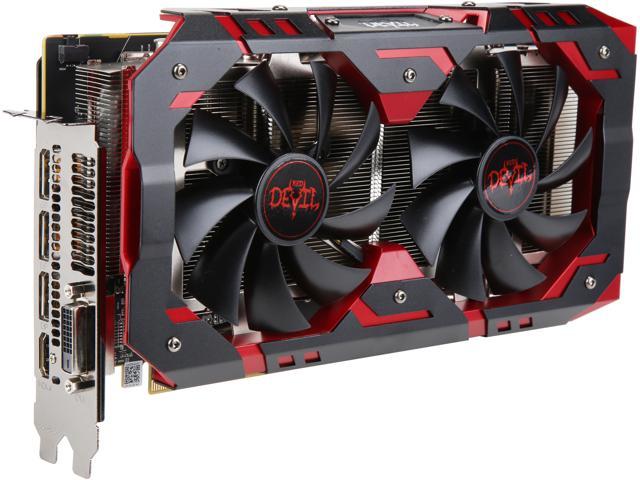 What is Core Clock Speed?

GPU’s core clock speed indicates the clock speed of the GPU chip. It can measure the number of cycles the GPU executes per second, and you should calculate it in MHz (megahertz), called GPU Mhz.

For example, the NVIDIA GeForce RTX 3090 comes with a speed of 1.4 GHz. So if you want to use the quickest GPU with the highest clock speed frequency, it is the one.

What is Memory Clock Speed?

The memory clock speed means the clock frequency of the VRAM that the GPU uses. GPU processes data and information that VRAM holds for the short term. After that, it can share all data with the CPU to process.

The significant difference between the core clock vs memory clock is that the first one dictates the performance level of the GPU chip, whereas the second one indicates the speed of the VRAM.

If you are a gaming lover, you need to prioritize the core clock over the memory clock. Memory speed is not so vital  where as clock speed is.

If you play memory-extensive games, you need to consider Memory clock speed. Several games are available that require a vast memory load to render textures, models, and v-sync. These can provide better performance using a higher frequency VRAM. However, VRAM generation and bandwidth are dependable factors of performance speed, and VRAM generation is a major factor in memory clock speed. For instance, compared to GDDR6X VRAM, a GDDR5 VRAM’s memory clock is less efficient.

Virtual Random Access Memory is a type of RAM that the graphics card uses. Besides, VRAM can process and store all data in it temporarily. After that, these data go to the CPU, and the following offers output.

But if it is low or not quick enough, it cannot store or transfer processed data fast enough. As a result, you can experience excessive lagging or FPS drops, hampering your gaming experience.

If you are willing to have a smooth, lag-free gaming experience, ensure that you have a decent VRAM capacity and quick memory clock speed. In addition, you can get performance from VRAM generation-wise, including GDDR3, GDDR4, GDDR5, GDDR6, and GDDR6X.

You should use the newer generation to get a faster GPU. Therefore, you should ensure that you have the correct VRAM generation for your gaming rig.

Base Clock vs Boost Clock:

But the graphics card can offer much more. Using a GPU boost clock, you can enhance the performance. You can unlock the base clock and increase it, also known as a boost clock. Besides, we know allowing you to run the GPU at a higher clocking speed, and this process is called overclocking. You can overclock the GPU to improve the GPU performance. For instance, RTX 3090 has a 1.40 GHz base core clock speed. However, you can overclock it up to 1.70 GHz, and it is the boost clock speed of RTX 3090.

Is Boost Clock Worth It?

You can definitely increase performance by overclocking your GPU. However, it has a few disadvantages also. In this case, you should take the help of professionals or people with tech knowledge. If an amateur tweaks Multiple overclocking options, it can cause GPU brick. Besides, you need an additional cooling system and extensive power draw to overclock GPU. Therefore, it is a tedious matter to boost the clock speed. Whether you have a stable boost clock speed, you need to enjoy a significant performance upgrade from the graphics card.

However, raising the 5% clock speed can not ensure your 5% performance improvement. In simple words, GPU core clocks have a significant impact on boosting a GPU’s performance. Therefore, if you are willing to improve your in-game framerate or reduce render times, it is the essential specification.

Previously, when people prioritized the specification, they positively impacted performance. But in recent times, users cannot say the difference between running low and high-speed RAM kits.

However, before that, you should focus on VRAM. Not having sufficient VRAM to hold all of that information can crash or start eating into your PC’s RAM. As a result, your PC will run slower, resulting in performance loss.

If you have a graphics card with 4GB of VRAM or under, you can play games at 1080p with high textures. But you can encounter problems if you are willing to play the same game at 1440p or 4K. It does not matter whether your GPU cores have the raw computational power for handling higher settings, and you will still get reduced performance for your limited VRAM. So ensure that you should go through VRAM before its appearance on the display.

Two significant solutions are there that you can follow. The first one is that you can throw more VRAM at it, but it is impossible in short chip generation. Besides, you can boost the speed of VRAM runs, called overclocking the GPU memory clock. You will benefit from improving the GPU memory clock only where the memory bandwidth was the bottleneck.

How can you compare their performance between different GPUs?

You are unable because their performance can be determined by underlying architecture. GPU cores help to function as a cohesive, single unit, but CPU cores do not follow it. Therefore, you cannot experience the same performance as a GTX 1070 on a GTX 1060 in any workload. If the underlying architecture remains the same, but the raw bump in core count tries to make GTX 1070 objectively better.

But it does not mean that you cannot compare. For example, using the same underlying architecture can provide clues about what is happening under the hood when looking at the spec sheets.

How can you compare their Performance Between Different Versions of the Same GPU?

Whether you do not know about the GPU market, you may not know that the GPU performance can change depending on your brand. Usually, a GPU manufacturer produces the GPU. After that, they slap or sell the stock cooler designs to consumers directly. Besides, they can even sell the GPU to a partner, including MSI, EVGA, etc. Then, the GPU partner buys it from them and tweaks it. Each GPU partner can put the cooler design on top of the GPU. As a result, the characteristics of such designs vary from brand to brand.

According to the partner’s cooler design, it will move up the GPU core and GPU memory clock speeds. But they proceed to maintain the limitations of the cooler design. As a result, you will get different versions of the same GPU, and these offer various performances for their different cooling & other clocks.

Thus, you can understand the difference between a core clock and a memory clock. But still, it is better to use benchmarks to quantify the improvements properly.

What is The Difference Between Memory Clock Vs Core Clock on a GPU?

A GPU’s core clock is comparable to the CPU clock, whereas the RAM clock in a gaming PC. The other one can affect gaming performance more than the memory clock. It lets you know the difference between the core clock vs. memory clock.

The memory clock varies between third-party models, and the core clock can also vary but can be modified. In most cases, when it comes to FPS in games, people look at the core clock, not at the other. If you have overclocked your GPU memory clock, it could have offered you a slight performance increase, depending on the type of game. A few games can provide multiple benefits from VRAM frequency than other games. At last, you can say that it affects FPS, though by a little. It only relies on the game you are playing.

It is one of the best choices for GPU overclocking. With the help of this software, you can check your GPU status and overclock. If you are a GPU user, it is a one-stop solution, and it enables you to use it freely and supports every GPU.

The excellent overclocking tool is user-friendly. Besides, the software is stable and accurate, making it one of the best choices.

Usually, AMD GPU manufacturers provide their overclocking and GPU management software. In this case, you can use AMD Radeon, and it allows you to use OC and undervolt an AMD GPU easily.

The company offers GPU management and overclocking software for their GPUs. If you use an ASUS GPU, download ASUS GPU Tweak II from the website. After that, you need to overclock the GPU.

How to Check GPU Clock Speed:

Gaming has set out the world to a new level. E-sports has become famous in recent times and is getting fame continuously. So when you buy a personal computer, ensure that you know all the technical stuff. Core clock vs Memory clock has been a topic of debate always. These are equally crucial. A graphics card is the core of any rig, which you should be conscious enough while getting. The reason is that it is the main accessory to increase your gaming experience.

Having a lower core clock can damage your system or not allow you to run the system.

The GPU will boost temperature and draw more power when you overclock the speed. Therefore, finding a good balance between more performance and a stable temperature for the graphics card becomes vital.

Memory is vital as a core GPU clock, especially in games with gigabytes of textures. Therefore, you should try to overclock your GPU memory by 10% or 50 to 100 MHz. However, you will get stable performance for anything below 10%.