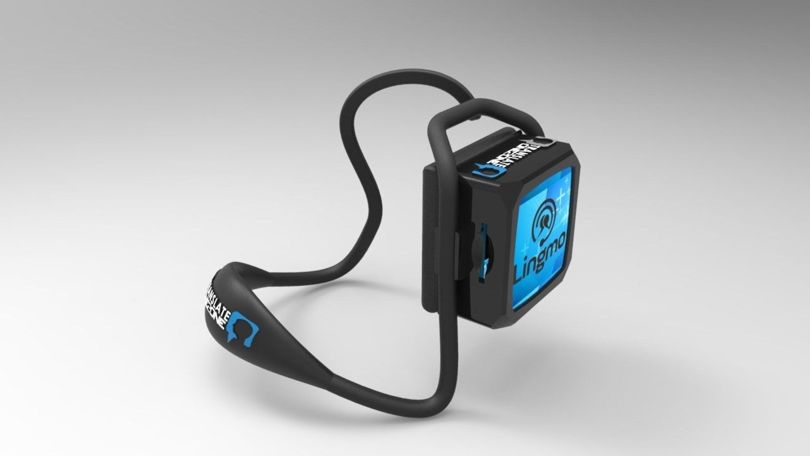 The world is introduced to a new device that is promoting communication between people of different religions with the help of artificial intelligence! One2One – the artificial intelligence which is powered to translate languages for the users comes as a wonder earpiece set to make your notions of technology change. The One2One device was introduced by Lingmo international which is an Australian Start-up and has used IBM Watson’s technology of natural language understanding to make One2One  compatible with the words and the context in which they are spoken. The device takes a good understanding of the words and their contexts before converting it into the required language – all of this happens instantly!

One2One is a revolutionary technology oriented device which does not make use of Bluetooth or Wifi for the communication or translations. It works on its own gamut and thus is easily a powerful device to even take on airlines and remote areas. The One2One device equipped to translate a range of languages like Italian, French, Spanish, English, German, Chinese, Japanese etc. This is possible only if both the speaker and the hearer is wearing the earpiece on their ears!

This revolutionary earpiece One2One was launched at the event recently held in Geneva, Switzerland – United Nations AI for Good Summit! The developer of the One2One earpiece i.e. Lingmo International has stated that the use of the natural language understanding technology of IBM Watson has helped in curbing down the common translation problems. In regional dialects there are difference in the way letters like ‘ll’, ‘y’, ‘sh’, ‘ou’ etc are pronounced. This was done after repeated searches in varied forms of translators across the world and tests on them which proved useless. The founder of Lingmo International , Danny May confirmed that IBM Watson’s technology was approved only after checking on a lot of softwares like Google Translators etc which didn’t serve the purpose!

The use of the IBM Watson’s technology has been a boon to developing a fluent translation process without any spoken hurdles! After checking on various common dialects and some uncommon ones, the earpiece served the best purpose with this technology and so the start-up chose to stay put with IBM. It shall be noted that Lingmo International has been making waves in the market ever since they launched their first translation service via an app in 2013.there have been other translation devices too on the launch, like the earpiece called Pilot developed by Mobile World Congress, but One2One definitely adds to their big product in the market and makes to the market much before others!

The One2One earpiece is all set to take on the market in July with a pre-booking price of $179 which has started as of now! You can book your own device today and get it in your hands my mid July. You can also check on the Translation app by Lingmo International which comes with a complementary currency convertor! With languages being translated with a simple earpiece we are definitely stepping towards a more connected world ahead!