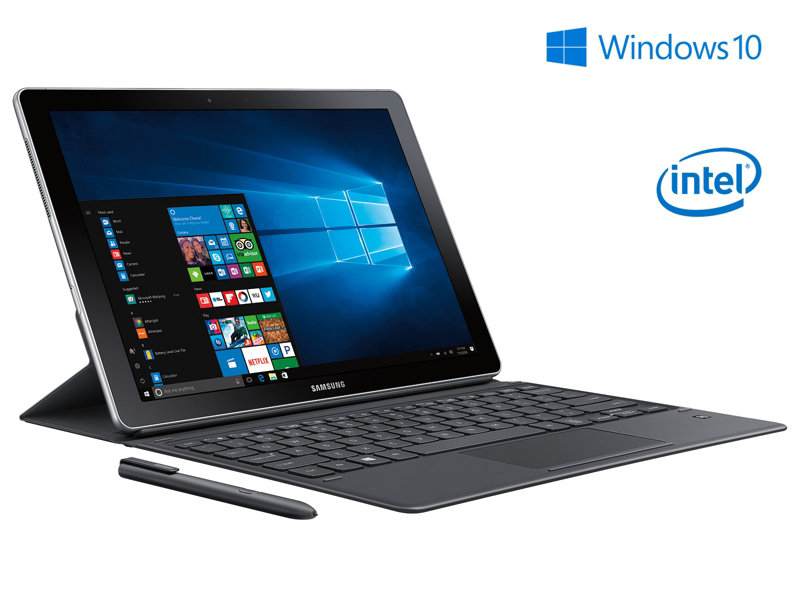 As the race for the best PC in the market continues, so does developments from various companies worldwide. Microsoft being the epitome of PC’s, is copied often and recently so was done by Samsung. The goal is to make a tablet which mimics a laptop, is portable, travel friendly and easy to charge. The Windows 10 powered Samsung Galaxy Book is one such recent release by Samsung. It is an upgraded version of the Surface pro and TabPro S.

The Variations of Samsung Galaxy Book:

Intel Core it processor, 4GB RAM and 128GB storage HDR Super AMOLED touchscreen are few of the features the 12-inch version boasts of. The clarity is superior. As reviewed, the only issue is the massive drop in brightness and the 3D screen saver which pops up.
The separate keyboard helps functioning as a stand for the tab as well as input device, with no charging necessary and easy connectivity.

The Functioning of Samsung Galaxy Book:

The gadget is big to use independently as a tab, hence most of the times it is paired with the keyboard and backlight facility of the keys. The touch gestures are superior and state of the art.
The multi tilt facility of the Surface pro is however not met in this device as it is attached by magnets to the display, but better than Apple’s Smart keyboard. The problem with the Samsung Galaxy Book device is to balance on moving objects and un-plane areas like someone’s lap. On the other hand, it is stable on a flat table.
The LTE book would be super user friendly if the stability of the device was superior. Powered by Verizon, it is the gadget of the future.
The Apple or Microsoft pencil might be better, but this one works just fine for different functions. It needs no pairing and is kept on a pen loop on the keyboard. Again, shabby.

Even though the gadget Samsung Galaxy Book has advanced from its previous models and seen improvements, but with that there are more issues which brings it down. Also, the price is very high. Newer devices are being developed and released in the market, and such devices fall short and remains mediocre. Samsung needs to either buck up or halt the competition it has since the market is competitive and people will buy what sells.