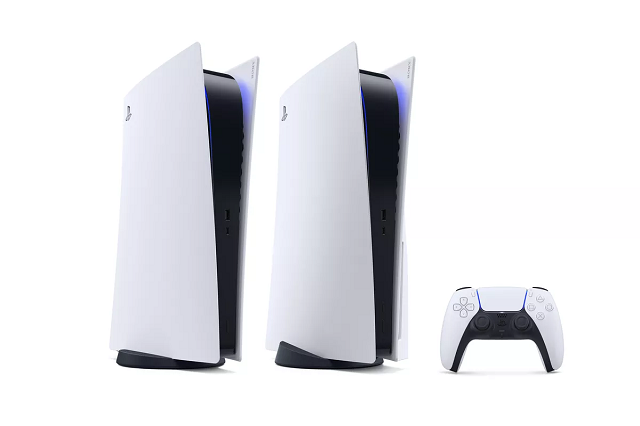 PlayStation, a video game console developed by Sony Interactive Entertainment, has always been Gamers’ favorite console. And all the consoles launched by Sony had been a tremendous success. In addition to this, PlayStation 5 is expected to be launched late in 2020. The lead architect Mark Cerny was the first to reveal the news of the upcoming PlayStation 5 in an interview with Wired Magazine in April 2019. And the launch of this console is most awaited by many.

Finally, Sony launched its official teaser about the upcoming gaming console in Amazon and Flipkart. It is also listed on the official page of Sony. And the listing page confirms that there will be two variants- PlayStation 5 with a disc and PlayStation 5 Digital Edition.

Sony officially confirmed the PS 5 design on June 11, 2020. The PlayStation 5 is being expected to be launched with a standard edition with 4 K Blu-Ray disc drives and a slimmer, disc-free PS5 Digital Edition. The controllers can be charged with a USB-C charger, and the use of HD camera accessory can be made along with the new PS5 wireless headset and media remote.

The PS comes in a dual-tone black and white design with blue LED lights surrounding the air vents. The consoles will come with 16GB DDR6 RAM and 825GB SSD for faster loading speed. In addition to that, the upcoming PlayStation 5 will be powered by AMD Zen 2-based CPU. PS 3’s custom hardware was a difficult element for the developers. So Sony has planned to make sure that PS 5 is developer-friendly.

The upcoming gaming console allows the user to install individual game modes rather than installing the entire game. The home screen of PlayStation 5 will display the Gamers’ mission details and even shows if friends who are active online. The developer company has already announced that the DualSense Controller charging station, a media remote, an HD camera, and Pulse 3D Wireless Headset will be sold separately.

Sony has not officially announced the release date of the PS 5. The console will released before the holiday season of 2020. The past two generations of the PlayStation was released in November. And it is expected that the release of the next generation will also follow the timeline. It may change if the Covid 19 impact is still there.

The makers of this gaming console planned that the hardware manufacturing would take place in China. But this place is the focal point of COVID-19 breakout.

The Launch anticipated in  November!!

Sony has still not revealed the price of PlayStation 5, but the Gamers have an idea of what to expect. The price expected $499 / £449 / AU$749. Also, the obstacles faced by the company to launch the PS5 might likely increase its price. However, Mark Cerny was keen to remind its customers that Sony is taking all necessary steps to be cost-effective.

Recent reports suggest that Sony has decided to limit the number of consoles to be manufactured for its initial launch.

With the launch of PS 5, the following games may included:

Unconfirmed, but expected Games in PS 5: