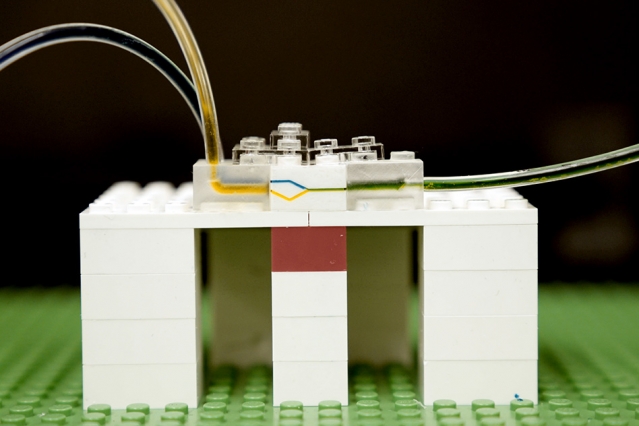 Researchers have found a way to make a tiny lab out of LEGO Bricks. Microfluidics is a field of study that manipulates fluids at a very minute scale. The field of microfluidics previously made use of a flat, two dimensional- chip like structures to create a lab where fluids could be mixed, sorted, pumped and stored.

Now researchers have found a way to use a child’s most played with toy to create a lab for their microfluidics study. LEGOs can now add another area in to which they can be used- “The Field of Microfluidic Study.”

What is Microfluidic Study?

Microfluidic devices allow fluids to be manipulated under various processes all in one chip. Creating a chip with etched channels where fluids can be manipulated in various ways is not only time consuming but is also very expensive. 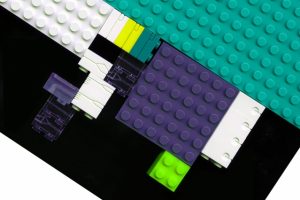 Researchers have now looked at a child’s toy- “LEGO bricks” for their microfluidic study. LEGObricks can be found anywhere in the world and any brick can snap onto the other without any difficulty. This advantage of being easily available and that the LEGO bricks can be used easily has made it an attractive option in the study of microfluidics.

A team of researches purchased a pack of LEGO bricks and tried to build tiny channels into each brick and one of the ways in which a channel can be made into the brick involves micromilling, a process whereby submillimeter features are drilled into the brick to create a channel.

Researchers have used this technique of micromilling to drill channels of various shapes in order to manipulate the fluids in various ways. The aim is get each LEGO brick have a particular process for manipulating channels and then the LEGO bricks could be used in various arrangements to create different labs for different purposes.

In order to make a secure microfluidic channel in a LEGO brick the fluid should not be allowed to seep through any gaps in the system. Although LEGO bricks snap securely into one another there is always a gap between two brick walls where the channel of fluid is to flow through. This gap generally spans 100-500 microns.

Researchers have found that by using an “O” shaped ring like structure onto the opening of each channel, the fluid would not seep through. The “O” ring can then be placed on the milled opening in the wall with a slight part projecting outwards, this created a fluid seal when LEGO bricks are place side by side.

LEGO bricks are made of plastic and this makes them unfit for manipulating certain chemicals, also right now the only way to build a channel is through micromilling and micromilling allows only tens of microns wide channels to be milled into the wall of a brick whereas in microfluidics study, much smaller channels will be required.