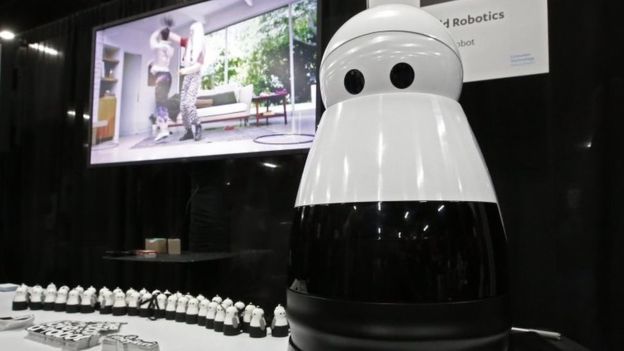 Discovering the best of technology at the CES 2018

The CES 2018 was as glamorous, awe-inspiring and awesome as it appear to be every other year but this year we saw a rare breath of innovativeness and ambitiousness on the part of the participating OEMs.

The biggest highlight of this year show was the uneasy presence of the humanoid robot named Sophia which left everyone speechless with its thinking and way of understanding the human problems but offering quirky and yet sometime chilling solutions.

Another manufacturer came up with the first prototype named Concept which aimed at rivalling the popularity and monopoly of the Tesla electronic cars. On another hand Chinese giant Baidu has claimed that its app is generating extensive amount of data which can help in lending it an edge over its competitors when feeding it through the artificial intelligence. Here are some of the best devices or electronics which made their way to the CES 2018.

Intel had come up with its own innovative and smart project consisting of Shooting Star drones which are designed to work together in an incredible way.

This isn’t a highly sophisticated group of drones at work but they work on reading the GPS couple with the animation software which helps them to fly in formation. This Intel fleet of 250 strong drones doesn’t even have a camera system which is common among the drones of today but it relies on the GPS coordinates only.

Intel is also working towards strengthening the security of the chips after recent negative stories surrounding its processors and some of the industry experts even stated that the display of the drones is an effort of part of Intel to divert people attention from chip security.

A translation device winds the Courage Award at CES 2018

Tech entrepreneurs are a different breed in itself and this year’s Courage Award has been awarded to Danny Manu who invented, manufactured and finally took his Click instant translation earbuds to the market in CES 2018.

Click will certainly have a huge competition in front of it in the form of Google Buds but it is expected to make its way to the market in later half 2018 after missing its deadline in 2017.

Not every invention rise up to the occasion or helps in making lives better but eventually ends up being a waste of time and resource. Kodak unfortunately wins this award at CES 2018 by unveiling a bitcoin mining rig which will help in ushering the cryto0-currency and block chain popularity further but that hasn’t seem to be the case.

Furthermore this company even wants that photographers to be a part of its scheme wherein they can invest their time in creating blockchain and earning payment in the new cryptocoin called Kodakcoin which doesn’t have any certain value or usefulness in the modern world. But who knows this CES 2018 invention by Kodak might become a rage in a year or so.