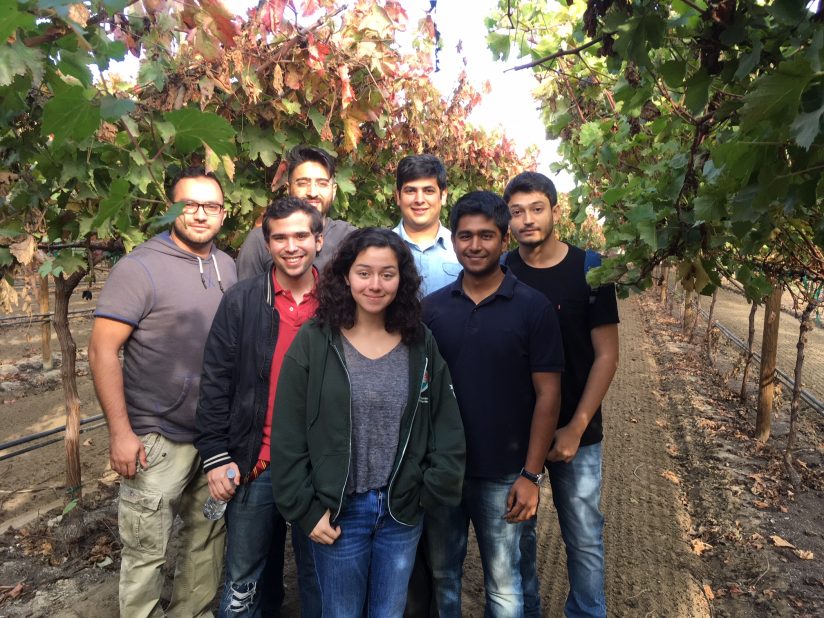 Calor: An app to help farmers work in the heat without endangering their life

There is no respite for the famers as they toil in the soil day and night to get the produce up for the harvesting. Hot temperatures are a great enemy for farmers and with global warming the temperatures are easily reaching to triple digits in California’s Central Valley. This rise in temperature results in second degree burns to anyone who ventures outside or simply walks barefoot on the ground. A team of students from the USC Viterbi School of Engineering has come up with an app called Calor which has the potential to save lives. This Calor app is essentially designed to send out heat warning to the farmers working in the field automatically. The name choice might seem bit awkward but it means “heat” in the Spanish which is a quite sensible choice for a heat sensing app.

Calor, Saving the Body From the Heat

Our human body isn’t built to last long in the higher temperatures as it has to maintain the optimum level of 98.6 degrees for better inner functioning. But farmers are known to spend almost 10 to 12 hours any given day in the outdoor conditions under the scorching sun.

The death of the farmers each year is 20 times more than the non-military employees within Unite States which is a serious cause of concern.

The team of students has taken upon themselves to make the farmers life better thorough Calor which can help in them working under the sun without endangering their life to the excessive heat.

Teaching Kids to Code Ends Up in Creating Calor App

The team of students was able to develop Calor under the guidance and tutorship of Barry Borhm who is a computer scientist along with holding a TRW professorship in Engineering.

His teaching helped in developing real software with real life applications and in order to get this Calor app developed Barry came up with a noble solution.

He split the students into teams of six with each team given a chance to choose an idea and start coding on it with a year at their disposal before it can be launched.

During the course of the development this team found that extreme temperature has really bad impact on the overall health of the farmers.

It was found that almost every other famer is suffering from the heat sickness due to the unsafe field conditions but no one talks about it and it goes undocumented.

Secondly it was found that the farmers usually face the lack of the good data services at farms which makes it difficult to get exact location data and weather information.

This team of students was advised by Supannika Koolmanojwong Mabasser who happens to be a researcher at the USC Center for Systems and Software Engineering.

He stated that the students were extremely eager to bring a change in the hardship filled life of the farmers working in as many as 90,000 farms present in California. This team wanted to bring a balance between the “work and health” with Calor.