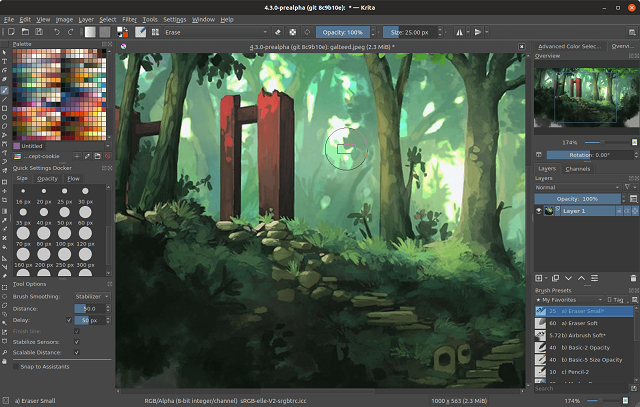 Free resources are fantastic. With a computer and will, they inspire everybody to grow their talents. Gimp is excellent software to play around with, but it is also great for professional use. Gimp isn’t the only decent image editor out there, though. There’s this other awesome software, Krita, if you’re looking for a Gimp alternative that offers another way to make visual art. Let us discuss Krita vs Gimp- which is best photo alternative?

Krita vs Gimp: An Overview

Both Krita and Gimp are two highly capable graphics programs, placed above entry-level programs such as MS Paint and the like. They are also classified among the best Photoshop alternatives. And both of them have features that position them in the same class. Nevertheless, there are small variations that may drive you to prefer one over the other.

When they are used, Krita and Gimp each have very distinct purposes. Gimp is used mostly to edit images (it’s in the name!) and to incorporate filters, maps, and simple animation. Many individuals who create .gif files use Gimp to create their .gifs and to modify pre-existing .gifs. In the other hand, though, Krita is primarily used for creating drawings and comics. Krita provides the experience of a paper-like texture, unlike Gimp, which has a basic digital texture. When attempting to get a natural, hand-drawn look, this is a bonus. 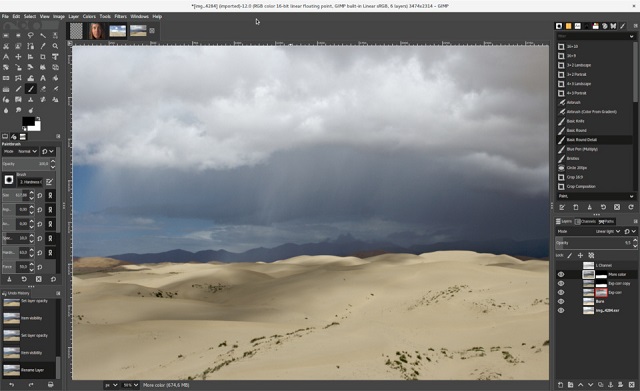 Krita vs Gimp: Both are free and open source.

Both Gimp and Krita are open source apps and are thus fully free. There are several drawbacks of open-source applications, but since anybody may easily build an app and release it, there are sometimes many choices that can seem to do the same role. Moreover, any new resources or features you can install will generally still be free, meaning you can leave behind huge price tags and recurring membership fees.

In this respect, the most notable distinction between the two applications is that Krita provides more intuitive file support for your working files or the files that you check and save each day.

For example, Krita will open Photoshop PSD files directly, where they need to be imported/converted by Gimp. This makes it more cumbersome for file sharing and cooperation with others. Furthermore, without the aid of a patch, Gimp does not allow RAW images, which can force photographers to hesitate.

However, all files have outstanding support for file formats for export. Gimp offers slightly more options, but both would cover the most beginner-to intermediate-level users, such as .JPG, .GIF, and .PNG. Once again, as a more general-purpose graphics application, Gimp has a broader choice of available options here.

On major desktop platforms, including Windows, macOS, and Linux (as well as other Unix-based operating systems), Gimp is available. Only Windows and Linux follow the main branch of Krita (i.e., stable releases). You can have a macOS application, but you’ll have to use a variant of the test. Even from the Microsoft Shop, you can get Krita, and the money will help to fund the project more.

There are no direct ports to iOS or Android for any app. Look for an app that supports one of the file formats of your favorite app, which we have already addressed in the previous section if you’re trying to do some graphics work on the go.

It is also worth noting, aside from OS support, that Krita allegedly has stronger support for drawing tablets. This makes sense, as the key focus of the app is visual creators rather than people who, for example, want to change a few images. But even though the Gimp still supports tablets, there are a reasonable amount of problems with their actions identified, and users complain that the settings for these tablets are not as advanced as Krita (e.g., how they respond under pressure).

When it comes to Gimp, anyone finding an alternative to Photoshop will find a hodgepodge. Although it can use the popular “floating palette” metaphor, on the left-hand panel, there are also a wide variety of controls (Photoshop users on the right will be accustomed to them). Any initial misunderstanding can result in this combination of familiar and distinct.

Krita may also need some re-learning, but for reasons that are somewhat different. The programmers took the decision to simplify the GUI as a more oriented application, and this is focused on painting / visual art. In menu systems or additional dialogues, resources that are not explicitly relevant to this purpose may be hidden further down.

Gimp will give you the best set of tools if you are trying to do a large variety of image editing and graphics jobs. If it’s your thing to create digital art, however, Krita can have the most support in getting your job finished.

That being said, one of the best things about open-source software is that it’s available for free (usually). But you can load all of them, check them out, and see which one is better for you. It could just turn out to be both.