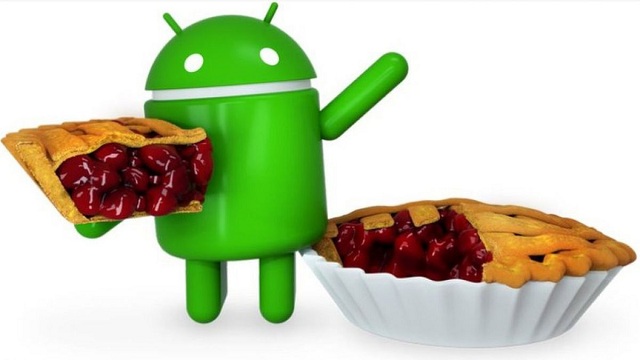 Since the Google has announced the “Go Edition” of its Android Pie you can see amid craze among the users through the world.

Now, finally, as the Android pie has arrived people are in a rush to try out this brand new Google latest Android OS.

Most of you might be using this android pie as it has rolled some days earlier but do you know it has some hidden features?

While most of you might not hear about these hidden features right?

If you are the one who wants to explore the full capabilities of Android, then go through this post.

In this article, I’ll cover five legally hidden features of Android Pie. Along with that, I’ll mention detail steps to unlock these features as well.

Generally, Google has a knack for hiding features in almost every android update. So, it has done the same with the latest Android pie as well.

Google usually hide all these options to prevent an unnecessary tinkering of general users because they don’t want to confuse ordinary users. Along with that Google often leaves some challenges to the advanced power users to find out the critical hidden features in its new version of  Android.

Usually, these secrete varies from silly to advanced options which are helpful in handling the phone correctly. Now, these hidden features are currently available in the Android Pie version as well.

Although the hidden features are useful but Google has kept it invisible, but it is easy to find out these options in Android Pie. You can quickly unlock all these features, and you can show your friends and family.

Now, let’s get into the article quickly,

Hidden Features of Android Pie and How to unlock them:

In this hidden feature of Android pie post, I have covered all the elements based on our experience on the Google’s latest Android 9.0 version.

In this new version of Android Pie, you can find a secret option feature flags. It is a hidden menu option which is called as the ” Feature flags.”

Similarly, the android feature flags have come up with the same point. In this latest Android pie version it has android flags. This feature Android flag helps, users, to tweak specific design choice and revert to their Android Oreo version.

Now by following this process, you have successfully enabled Android flags.

Presently, the list of flags is limited but the “Settings_bluetooth_while_driving” is the exciting option. By enabling that option, the Bluetooth setting page has a capability to automatically turn on Bluetooth when your phone detects that you are driving your car.

This feature is presently helpful for all the people who use Bluetooth to connect to a car and prefer to off Bluetooth when it is off to save the battery of your phone.

Emergency lockdown feature is another hidden feature of Android 9.0 pie. If you are wondering to remove fingerprint and facial recognition on your smart device means you can make use of emergency lockdown button can come handy.

How to unlock this feature:

How to use this feature:

You can modify the status bar without any rooting option. However, it is quite difficult to unlock this feature in Android 9.0 Pie. So, follow these steps to enable the system UI tuner carefully.

The process to create widget:

Are you interested in playing games? Then android has hidden a game for you in its new Android Pie. Usually, Android requires several touches of the version number on the About phone page to reveal some animations or game which are hidden.

Previously it used to be Easter egg game, now as the time is passing on android pie’s easter egg is getting annoying “P” Symbol, But the big old Easter egg is included in the same option. Now, Google has made it a little harder to find the game. The new flappy bird clone is known as flappy droid is a game which is first introduced in Android old version 5.0 lollipops.

At the start, it used to be an average game with different environment later it is updated in Marshmallow. Now, the marshmallow version of the game has several versions. So, let’s start unlocking the flappy bird game as well.

That’s it starts playing your game but following the instructions.

In this new version of Android 9.0 Pie, you can get a neat hidden feature of the clock. In the setting menu, you can tap on the time in the top left corner to launch the clock app.

If you have multiple clocks installed on your phone means you can quickly select which is the best one for you as well.

Now, these are the Android Pie Hidden features.

What do you think about these hidden features?

Are these features useful or time waste?

What do you think about these features of Android Pie?

Let us know in the comments section right below the post. And also don’t forget to share this article with your friends.