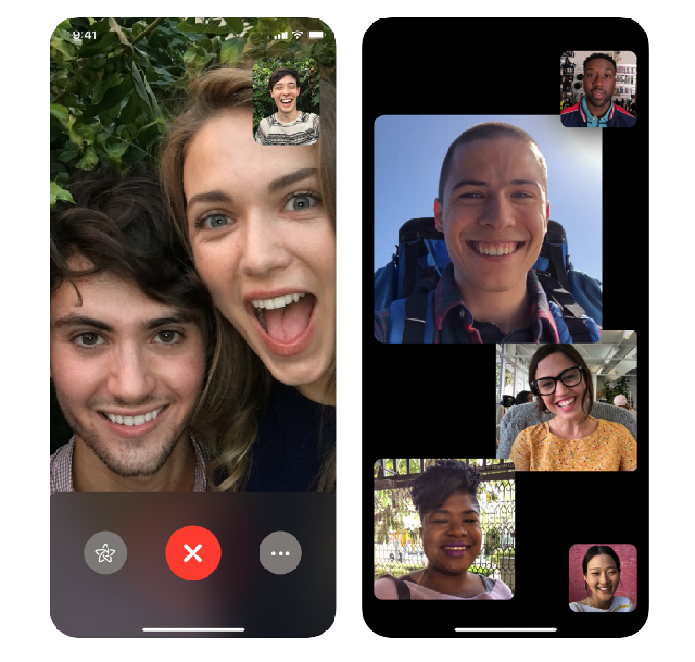 If you are iPhone users, you love using Apple FaceTime because it is one of the best features for the iPhone. We can call it a defining feature of the iPhone as well. Google Duo vs FaceTime on iPhone? which best suits your need? Here is the exclusive post for you.

For iPhone users, along with iMessage, FaceTime is another best way to communicate with others when another person is using an iPhone.

However, these days not everyone uses an iPhone. They are millions of users who are using Android devices. So, as an iPhone user, you want a better multi-platform video app that helps you to talk with others irrespective of the device they use.

If you are thinking about the multi-platform video app, then Google Duo comes into the picture because it is one of the best high-quality video calling App that supports both iPhone and Android Devices.

Although Google has deep roots in Android, it has made some useful third-party apps to iPhone users such as Google Chrome, Google Photos, Google Calendar, and more.

Google Duo – the video calling app has fallen into that category of multi-platform App.

If you are one of the users who’s striving to find out which is best in between Google Duo vs FaceTime?

Then you have come to the perfect place. In this post of Google Duo vs FaceTime, I’ll let you know which is the best option.

Google Duo Vs FaceTime on iPhone:

In this post of Google Duo vs. FaceTime, I’ll go through, “Is it good enough to replace Google Duo with Apple FaceTime?”

For this explanation, we have used Google Duo for the past few months and learned proper detail.

FaceTime is specially designed for iPhone users, and it has IOS integration.

So, it just works perfectly on iPhone & iPad devices. To use FaceTime, all you have to do is open the FaceTime app, and you are ready to use it – it’s that easy. Apple has made many changes to FaceTime over the years to make it a nearly perfect video app. However, we can always find some bugs or issues on the iPhone.

Coming to Google Duo, you always require some efforts as you have to set up the app on the iPhone. Once you have installed the Google Duo app, you have to give some permissions then everything is done.

However, Google Duo is a third-party app that can crash like or break down at the worst time. But, when it comes to FaceTime, it has lesser or little chances of a crash or break down.

Google Duo is a high-quality video calling app that is available for both iPhone and Android users.

FaceTime is only available for iPhone, iPad, and Mac users. But, it is available on all devices when it comes to Google Duo, which is the greatest strength of Google.

FaceTime can work flawlessly on Apple devices, but when it comes to contacting Android users or chatting with Android interface user, you can go ahead.

Google Duo works perfectly well for IOS and Android devices, and it can quickly communicate with any interface regardless of the platform. The best part is Google Duo is also having a web version so that you can use it for Mac and PC as well. This makes Google Duo best in Google Duo vs FaceTime.

Call Quality is always vital for all video calls. So, let’s check out which App in Google Duo vs FaceTime is best in Call Quality for iPhone devices.

When it comes to FaceTime – Call Quality is largely subjected to the internet connection. If you have a fast internet, then you can get good quality.

In FaceTime, you will always have a great call quality with clear sound, rarely stutter video, and you will not even find lagging issues quite often.

But, for third party apps like Google Duo, you might face some issues because it is not integrated with IOS. However, I have never felt any call drops or low video quality with Google Duo.

The audio and video quality of the call is excellent, but the only problem I have experienced in using Google Duo is lagged.

It has some call lags and distances in Google Duo, but you will not face these annoying call lags in FaceTime.

So, Call Quality FaceTime has a slight upper hand than Google Duo just because FaceTime is an IOS integrated App.

When it comes to Group Calls, both Google Duo and FaceTime have Group call options.

FaceTime easily lets you group chat with up to 32 people at a time. That is one of the best features in Video Calling Apps. As Facetime is using the apple interface, it works best because it is using its work software.

Google Duo will fail you in Group Chat and Group calls as you can only call up to 12 per in Group call.

However, it is still a good count, but when you have a larger group to chat at a time, then you might have to stick with FaceTime.

So, FaceTime has the upper hand in Group Calls and Chat options as well. But, it can’t take a complete edge as Google Duo gives complete control than FaceTime in Group Call with ease interface.

Sending Messages is one of the useful features you have to take advantage of in a Video App. In this step, Google Duo beats FaceTime hands down.

Facetime usually serves a single purpose just to video or for video chat with others. However, Google Duo is not like that; it has a special ability to send video, Text messages, and Voice as well.

Usually, it takes some time to get used to the Google Duo platform – All you have to do is swipe down gestures, and you can quickly start your own recording or even compose messages.

Once you are done with composing a message, you can send them to your Duo Contacts seamlessly. The best part of this Google Duo is it allows you to share stuff from your own photo library.

However, you can use iMessage for that option, so you won’t miss out much. But, having both in one App like Google Duo is a good option. So, Google Duo vs Facetime, Google Duo beats it with different options.

Google Duo is the best App when it comes to built-in settings and controlling the device.

In general, all iPhone native apps require you to quickly dive into the settings section to make a slight change or modification. It’s the same for Facetime as well.

If you want to block a user from Facetime? You have to head over to Settings App and do things in a long process.

This process will annoy users, but in Google Duo, you don’t need to rush for iPhone settings. You can head over its settings and include a block list in the App.

Google Duo beats Facetime in this option, along with that, it also has few options that are not present in FaceTime, such as limiting cellular data usage, low light mode, and better-looking video call settings. These settings couldn’t be found on FaceTime. So, we can say Google Duo vs Facetime; Google Duo will beat it when it comes to built-in settings.

Google App always has a great user interface, and so does Google Duo. Its user interface is simply superb and has great control over the App.

When it comes to Facetime, it does a decent job, and it is minimalistic. However, sometimes it feels awkward in some issues.

If you make a new call>, then you should search for contacts manually, so it’s always a tricky task for users.

Whereas Google Duo displays the list of your contacts within its main screen makes it easy for users. Along with that, Google Duo makes it easier for users to invite contacts to get the app from the same screen.

But you will not find that easier interface in Facetime. So, this option will also go to Google Duo. As a result, it has an added advantage than Facetime for the iPhone.

We all know that Apple is a renowned company for strong Privacy Protection. Because of Apple’s strong privacy, Facetime has a robust privacy option compared to Google.

Although Google has a good privacy option. You might already know that Google has a bad practice to track records of collecting data to use it for Advertisements.

However, Google Duo tracks only when you give permission to your contacts, microphone, camera, and other permissions it asks you.

Apart from that, Google Duo also has a crazy feature called Knock knock. In knock Knock you see contacts live video stream before you even answer their call.

If you can see them, they can also do the same because the feature is designed like that by Google. Even though you can turn off that option, it’s a different one when it comes to privacy.

However, both Google Duo and Facetime both have encrypted calls, so you will not have a problem with that. In this privacy section, I might give a slight advantage to Facetime as it has no remarks like google tracking data.

Facetime can give access to the live emojis as well. This Google Duo app will not give you that much effect and filters than it is Facetime.

The Google Duo is a great video calling app for Android devices, but when it comes to IOS, it has been lagging in Call Quality and privacy aspects. Other than these features it can help you out in all factors because it has all the features to clearly dominate Facetime.

FaceTime works fine with iPhone, ipad, and Mac just because it has IOS integration, so it works better than Google Duo.

However, you can still use Google Duo on the iPhone and iPad because of its robust features. If you are communicating more with Android users then you definitely need them.

In case if you feel like you need both, then you can use both, FaceTime for Apple users and Google Duo for Android users. This will make your day, and it will be easier for you as well.