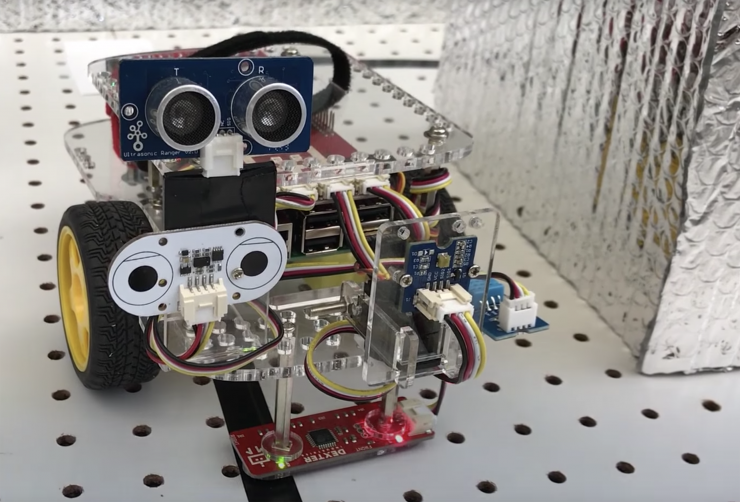 HoneyBot: A New Tool in the Fight against Cyber threats

Meet HoneyBot, the new tool when it comes to the fight against cyber threats. HoneyBot is meant to protect large factories and sites from getting hacked online. Many factory sites today are using large robots not only on the assembly line but also as stand- alone machines, this opens up the possibility for hackers to take control of such robots and cause damage to not only products and facilities in their vicinity but also to humans, they could also potentially cause death to the people working at such sites.

This brings us to HoneyBot a robot designed to take care of such threats.The robot that is small enough to fit inside a shoebox has got a big mission- to keep factories and other sites safe from bad actors or cyber threats.

Taking cue from “Honeypot” which is an internet system that lures attackers and then gains vital information from them, HoneyBot works much the same way except in this case it takes the form of a robot.

Hackers leave behind valuable information and this allows factory owners to get important data as to how to better secure their systems from future cyber attacks.

What makes HoneyBot so Effective?

When it comes to hackers online there is a shield of anonymity afforded to them, this protects them from discovery and potential suits. That is why there are many cases of hacking over the internet. Without the fear of punishment, hackers are free to do what they want.

But in the case of HoneyBot, the hackers themselves are tricked into thinking that they have gained control over valuable machinery when in fact all they have managed to do is play with a shoe sized remote control toy in the factory. While for the factory owners, they get valuable information from the hacker like the technique they are employing to gain control and even the possible location of such a bad actor.

For those hackers out there who look out for such decoys, HoneBot is even geared up into fooling the hacker into thinking that it is one of the many stand-alone machinery in the workplace. When Honey Bot is hacked, it shows hackers that it has the capability to perform tasks that an ordinary stand-alone machine would.

What Happens when HoneyBot is hacked?

In a normal factory setting HoneyBot remains inert in one corner when it is not being hacked. As soon as someone tries to hack it, Honey Bot comes alive and moves harmlessly around the factory setting.

While hackers think that they have now control over the robot and can make it do a lot of harm, the reality is that the robot is moving around the factory without causing any trouble and the hackers are none the wiser.