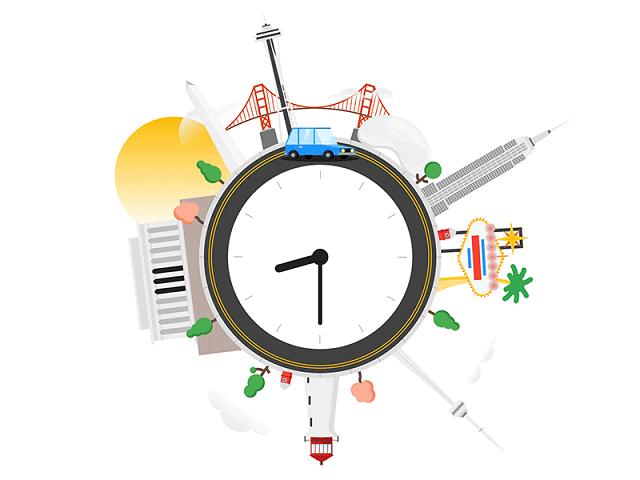 Google maps is one of the most popular and widely used services on the internet. Although it provides awful results in some rare cases but the maximum time, it delivers the best possible results, and it is better than other navigational apps.

So, people always love to use this Google map app to check the routes and directions for their desired locations. As people are regularly using Google maps. Google has been continuously rolling updates and improving its map for better user experience.

You can see quite a lot of updates in the last couple of months as well. In fact, today this app has got an update, and it has rolled out a new feature that will ” help you to take control over your daily commute — which means this enables you to plan ahead and prepare for all the inevitable disruptions, and it can avoid them as well.”

By launching this feature, Google is trying to make their users live better by making their daily commute littler easier. Usually, commutes to work is a frustrating task when you struck with some inevitable disruptions. So, googles new update might help you.

With this update, Google maps will have a feature which shows the commute tab which provides one-tap access to the live traffic and also it gives all the information of the transit as per your daily commute.

According to the google, its new feature will now measure the daily commute and will help users to notify the heavy traffic and it also suggests the extra budget if needed. Along with that it also recommends you the best possible route to reach your destination on time.

For Android users, it also sends the notification about the constant delays on your route as they happen and also gives you the enroute details to reach quicker for your destination.

With the above commute tab, google maps will also show you the estimated time for travel. It also includes multiple transportation modes and other options in the time as well. It also gives public transit details and other route details in the commute tab.

Along with that, google maps will now able to see the ” where the bus or train is located in the real time on the map” in more than 80 regions worldwide.

Google maps can also be incorporated music streaming apps including google play music, Spotify, and apple music within the charts app and it just lets its users avoid toggling between the apps to pass their time on travel.

Last week, google maps rolled out a group of features which are useful to share the links of the restaurants for their friends. This shared link will quickly show the locations of restaurants you have selected for all your friends when you have shortlisted the list of your friends/

You can only vote the restaurants which are shortlisted and express their preference as well. A member of the group can also delete the place or restaurant from the list as well. The best part of this feature is it can even show the location for people who don’t have google maps installed on their phone as well.

Google helps you to plan your daily commute:

These features of Google are rolled out today on Android and ios devices. Here all you need to do is just update the google maps app and then click on the new feature ” Commute” Tab. With that, you can check out the new features details. Along with that, you can also see google maps help page which is specially designed to support all the commuters.