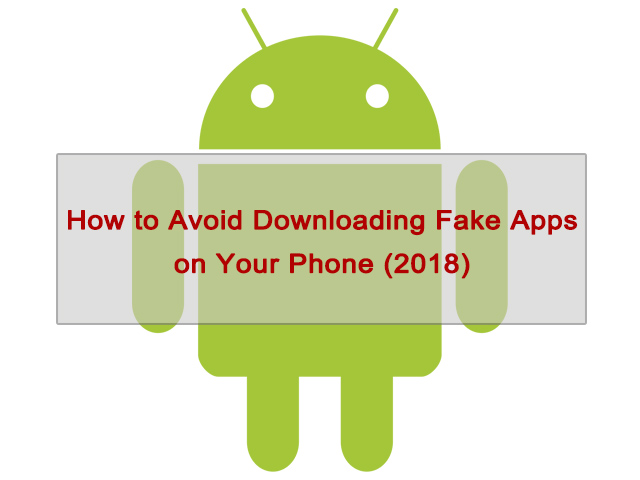 What if I told you that getting rid of malicious and fake apps was easy?

Here all you need to do is just follow the right articles, and then you will be able to get rid of malicious and threating fake apps in no time.Usually, you will find lots of articles on this topics. Although all topics cover a few interesting points, you need more updated points to stay away from these kinds of fake apps.

Now, in this post, you can get everything you need. Here all you have to do is grab a cup of coffee and simply go through this article on ” how to avoid downloading fake apps on your phone in 2018″.

When I am talking about “Avoiding the fake apps on your phone.” Some of you might think that why you have to prevent these apps?

If you are wondering,

Why should you avoid these harmful apps?

Then read on you will get the perfect answer.

People intentionally, create malicious apps to hack into other persons details through these apps. Recently, when pokemon go game is on rising some people has created a fake version of the pokemon go all did a lot of damage.

The Judy attack was one of the most significant malware attacks which is relieved recently. This scam has attacked lots of mobiles and collected sensitive information from the users.

Whenever you install a fake app on your phone, you will get locked immediately after installation. Here all you have to do is remove the battery, or you can use device manager to unlock your phone quickly.

These types of app affect your phone speed, performance, and lastly it will make your phone useless along with that it collects all the sensitive information such as credit card details, saved passwords and so on from your device.

Judy malicious scam has affected both iOS and Android devices; approximately it has taken 36 million Android devices before this fake scam discovery. This is one of the most disturbed apps in the play store to date.

This has swapped lots of phones, so you have to be cautious in downloading these kinds of apps.

That’s the reason why you always have to stay away from these types of devices.

Although Google is successful in removing these kinds of apps from your play store, still you can find a few apps which are still under the radar of the google.

Usually, all favorite apps have fake apps, so you have to be smart in judging the apps.

That’s why follow these safety measures to get rid of the malicious software and apps from your smartphones.

Now you might be wondering how you can avoid downloading these fake apps?

If you are thinking about, then don’t worry. I got you covered!

This is one of the crucial points you have to consider seriously. At any cost, you have to download the app from official app stores only.

Downloading the app from the official store is helpful for you because it is the real app which you are looking for. An official store does take a lot of care in providing original and unharmful apps.

Although you can get a few unnoticed malicious apps in official app stores as well, they still find them quickly and remove them as earlier as possible. So, sticking to the official app store is the best option.

Usually, most of the people do think they can download apps from blogs and third-party app stores. But it isn’t the ideal method to stay safe. You can find lots of malicious and harmful virus on those apps, so you better avoid those types of apps.

Whenever you are trying to install an app it is always best to go through app’s description. By going through the app description, you will get an idea about the app.

Usually, if you find errors and clumsy app description then obviously stay away from that app because it is a fake app. I am confidently saying that because official app owners do take proper care of representing their app without any mistakes.

Check Out the Name of the App Developer:

This is another great option to find out the fake apps. Just go through the name of the App developer before downloading. You can accidentally download copied and fake app. So, to avoid that just verify the app developers name.

Recently, google play store has relieved exact copy of pokemon go game. In that app, you can find everything, but there is a loophole in that one.

They had kept app developer name as Niantic. Here pokemon go is made by ninatic. But ninatic is not the author name. So by these small tweaks, you can know about fake apps.

Usually, some people skip reading app reviews, and they simply download apps. But, this is a wrong method if you want to stay away from the fake apps means you have to read reviews.

Popular apps will have lots of reviews especially from experts and other users alike. So, it is always best to check reviews and ratings on the app store before downloading an app.

The number of downloads:

This is one of the right ways to find out the genuine and fake apps. If that app is having a proper amount of downloads in the download section means you can download that because a large number of people won’t make the same mistake.

Are you going to avoid downloading fake apps?

Or maybe you’re thinking about different ways to avoid downloading them.